It happens every fall. Phone calls and message start trickling in from friends and neighbors: we have old laying hens we need to get rid of. Are you taking them again this year? Usually, we say yes. And why not? It’s a win-win situation!

We help these good folks reduce winter feed costs and pave the way for next year’s new laying flock, allthewhile filling our freezer and canning jars with meat!

In fact, we just finished putting up 35+ birds not so long ago. Only this time, it didn’t go over so well. Let me tell you all about it.

It All Began With a Batch of Wild Chickens

When friends and neighbors give us old laying hens, they’re usually overly fat, docile and of a larger breed. You know. The types that don’t fly very well! However, the batch of birds we just processed were...well…different!

These chickens were wild. Unbeknownst to me, this batch included several small breeds that could fly very well.

After driving in and bringing old laying hens home, I went to release the birds in a small run. A rooster exploded out of the first box before I even had it fully open! Straight up into the air he went, over the pen and into the bushes on the north end of our property.

Oops, there goes another one! A jittery little hen flew out of the box and over the wire. Shortly after, another bantam hen followed!

These birds were worked into such a tizzy, they were hurling themselves into the wire of my makeshift pen! At one point their frenzied activity even lifted a corner of the wire and some nearly escaped underneath!

After a few more stress-filled moments, I had released all the chickens into my frail pen. Finally, the birds became calmer and eventually began pecking at the food I’d tossed them. 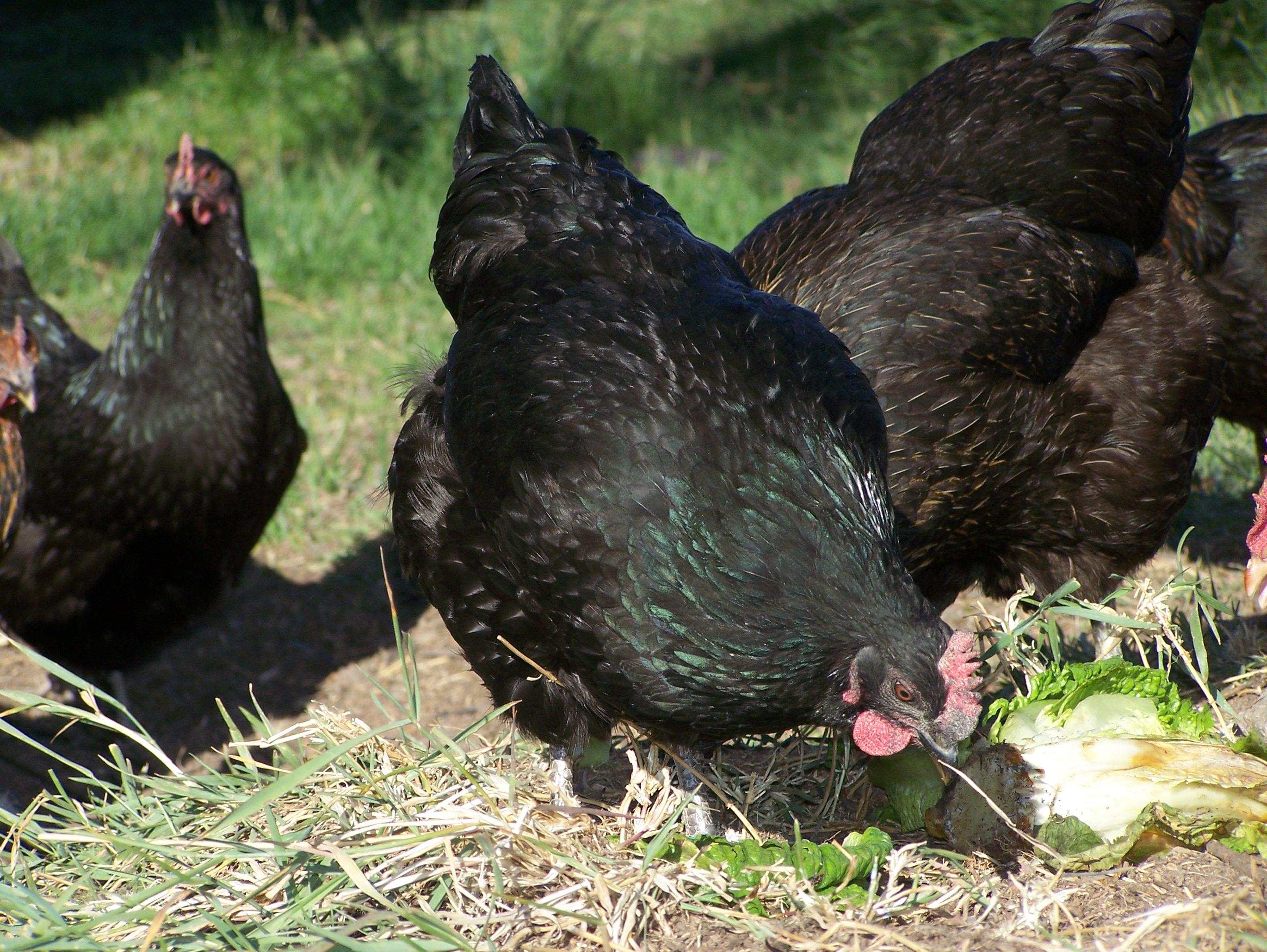 When dusk came, they hopped up to their roosts like any good chicken should. Other than one of the escaped hens, that is. She decided to roost on top of our outdoor shed!

We began butchering the next day. Calmly catching 3-4 hens, we’d place them in a box and haul them over to the butchering site. I’d reach in, pull one out and close the lid behind me.

It happened again. The last hen in one of the boxes literally exploded upward when I cracked the lid open!

And then, she ran like her life depended on it. Which of course, it did! I can see her still, golden plumage glistening in the sunlight, legs pumping, tail waddling from side to side as she fled up the driveway and disappeared in the bushes.

We butchered and cleaned birds until that afternoon. And then we asked the question…what are we going to do about the ones we lost? 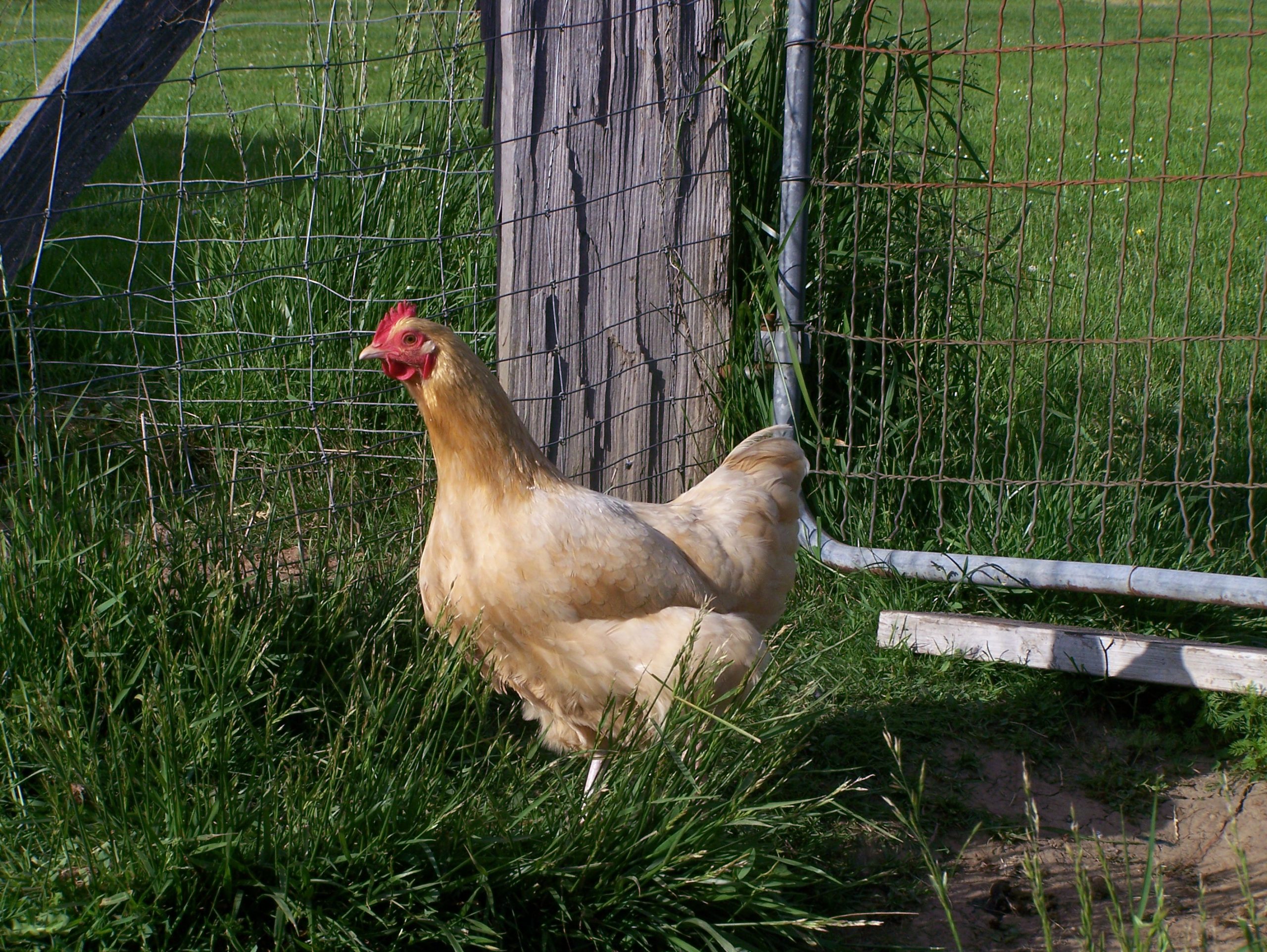 Four Chickens on the Loose

I had released not one but four chickens, birds that would be running around our neighborhood for who-knows-how-long! We needed to do something about it. 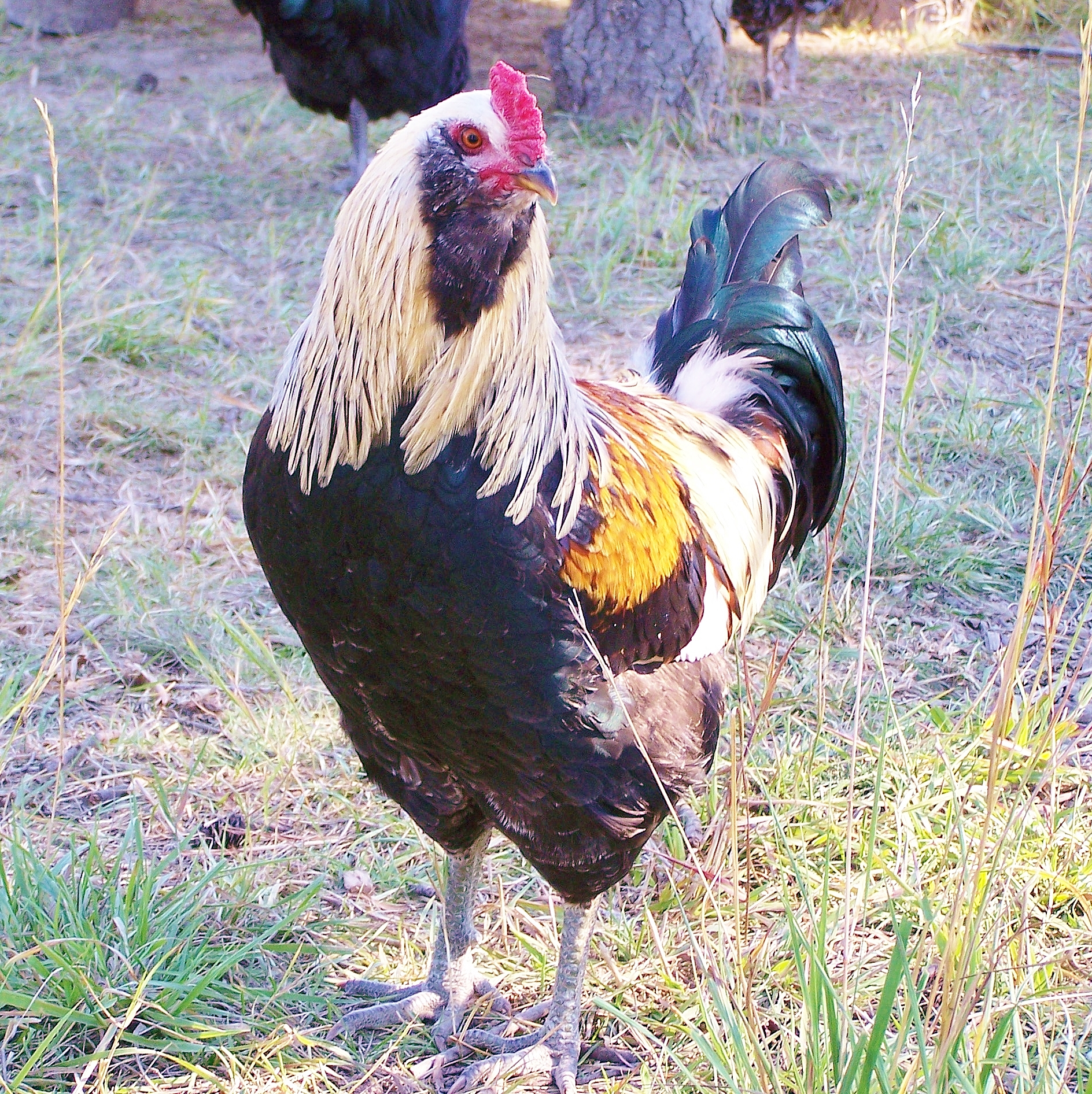 A few days later, I heard a terrible ruckus, such squawking, cackling and scolding! I looked out the window to see the neighbor’s cat chasing the littlest hen around our yard. Round and round they went, up onto the neighbor’s property, back down onto our land and behind the house.

Does she have to advertise to the whole neighborhood? I mean, why not QUIETLY run away from the cat that’s trying to eat you?

What Could We Do?

These birds were wild! Anytime we appeared, they ran from us like their lives depended on it! And to be fair, their conclusion was 100% accurate!

What could we do?

My man borrowed a friend’s .22 rifle in hopes of picking them off. The gun wasn’t properly sighted and after the scope fell off, we decided the old fashioned way was best.

How to Catch a Wild Chicken

Did you know the best way to catch a wild chicken is under the cover of darkness? Most domestic birds can’t see well at night, and once they’re in a deep sleep, they’re much easier to creep upon and catch by the feet.

Of course, they let loose with a volley of unnerving death squawks when my man surprised them! And they continued squawking until their squawkers didn’t work anymore.

We managed to capture all but the rooster. Truth is, we still don’t know where he went, but we’re hoping someone either took him in or that a coyote did the deed for us.

That’s The Way It Happened

Now that it’s over, I’m grateful to have the extra meat! Some of these hens were pressure canned, others are still hanging out in the freezer, waiting to be turned into chicken burger.

What’s the point of this story?

There are times when a person just needs to share the gritty, less-than-ideal side of this life. It’s not all daisies and roses, happy hens and sunshiny days.

Sometimes things don’t go according to plan. Chickens get loose, crowing roosters awaken the community at an unearthly hour and cats play cat-and-chicken with noisy hens.

Previous Post: « How to Render Lard in the Oven
Next Post: A Simple Way to Butcher and Wrap Your Deer »