Saving money isn’t easy in this day and age. Not because we don’t have enough of it, but primarily because we live in an indulgent culture, one that tells us we deserve whatever catches our eye.

For simple country folk who want to get ahead or reach a big goal, self denial plays an important role in reaching our goals. At least it did for my man and I!

I clearly remember when my man and I started saving money. Our goal was to buy land and build a home in the countryside. The journey wasn’t easy, and I was grateful for every bit of encouragement we found along the way. Hearing from other people who went before us helped reassure me that we were on the right track.

#1-We Avoided Debt at All Costs

My man and I made a point of avoiding both debt and payments. It just wasn’t something we were interested in, unless it had to do with land or a home. So we dealt with dying vehicles, with hand-me-down furniture, saggy beds and less than idea living situations, just so we could avoid debt!

Today, I’m so glad we did! Because it allowed us to put all extras into our savings account.

#2-We Set a Solid Budget

This was our key to success. Together, my man and I sat down and wrote out a thorough budget. Every penny that came in was assigned to a category! After making certain it was realistic, we stuck to that budget like our dreams depended on it! And we began to see a difference. 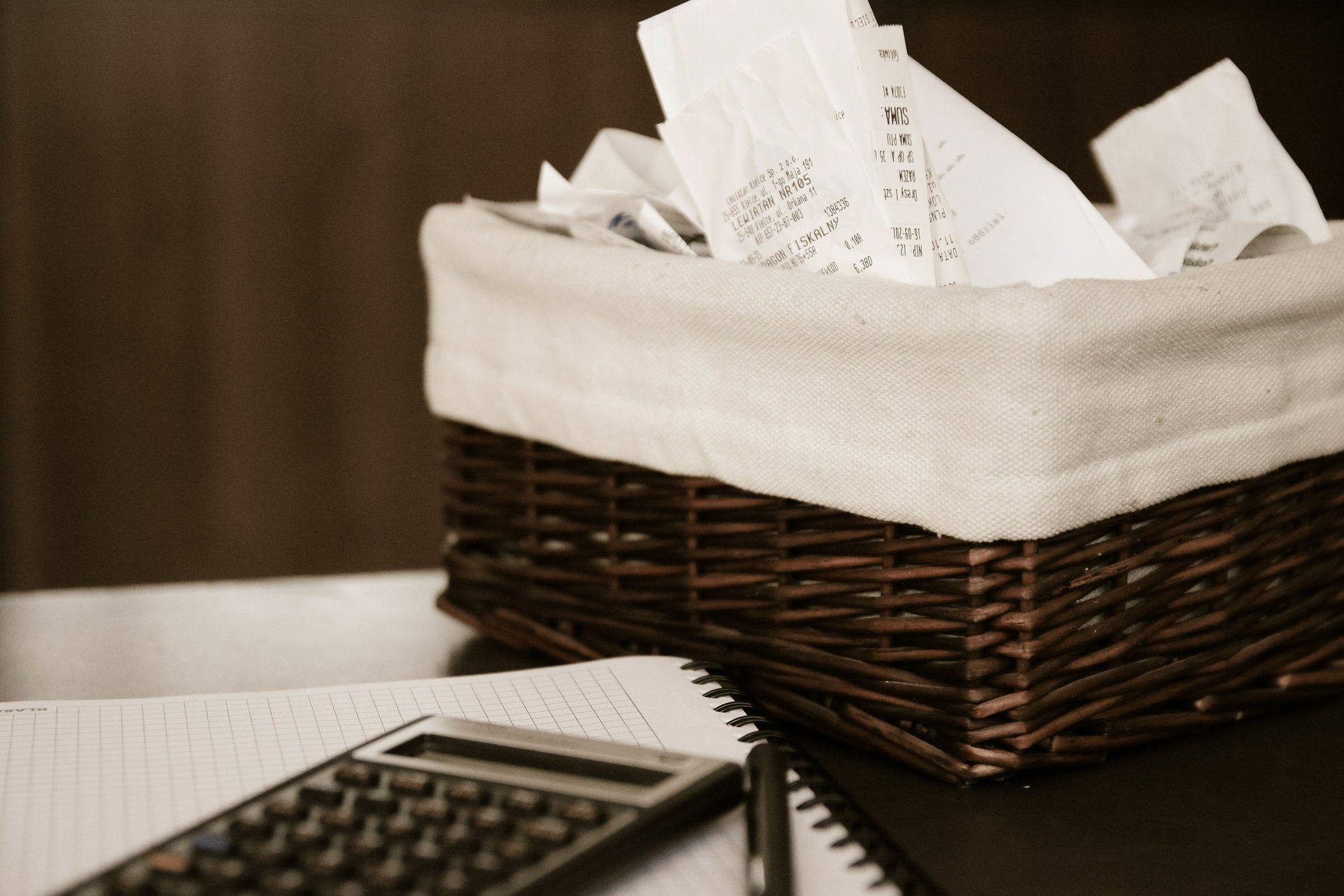 #3-We Chose to Live Simply

During our season of saving, we chose to lead simple lives. We spent as little as possible in each category of our budget. We put up with our mini van when what we really “needed” was a truck, and gave up many luxuries for the sake of living cheaper. We chose to be simple for the sake of reaching our goals sooner.

#4-We Bought Used Stuff Only

As soon as a new item has it’s price tags removed…value decreases! We knew this. And we lived like it. Secondhand purchases were the name of our game! Appliances, kitchen and canning supplies, my man’s tool, most of our clothes and even bedding was bought at the thrift!

Nothing boosts the savings account like a bit of added income! During the week, I began teaching a few private music lessons from our home. And on the weekends, my man took up small carpentry jobs. Sometimes I’d help him and together, we’d chip away at small projects. 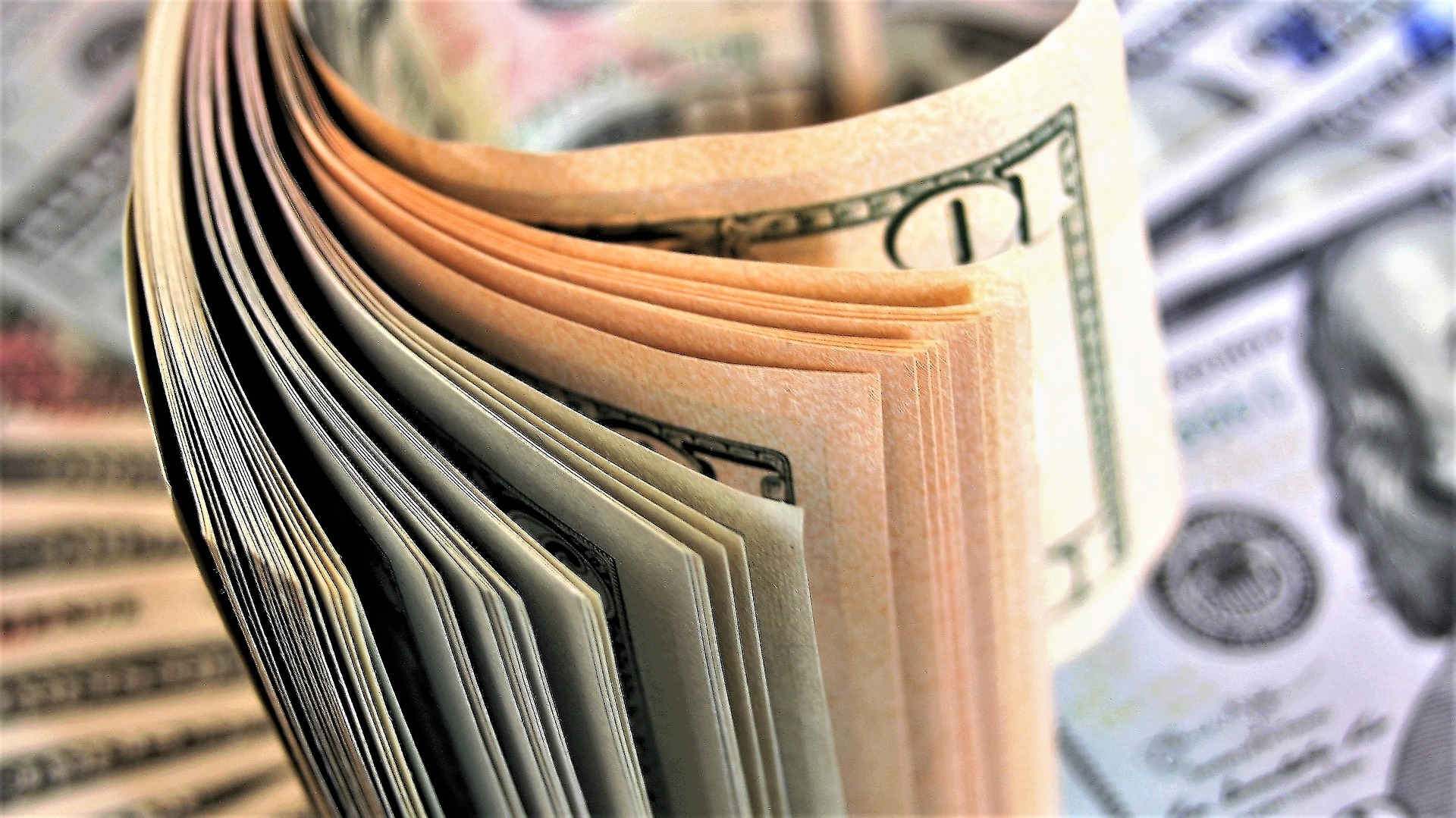 We didn’t pay others to do what we were capable of handling ourselves. Whether it was food production or preparation, butchering, mechanics, natural remedies, taxes, plumbing or the like, we chose to learn about and tackle these things ourselves.

I made a point of cutting back on our grocery expenses by cooking all our meals at home. And instead of relying on the grocery store, we made a point of buying our staple ingredients in bulk. 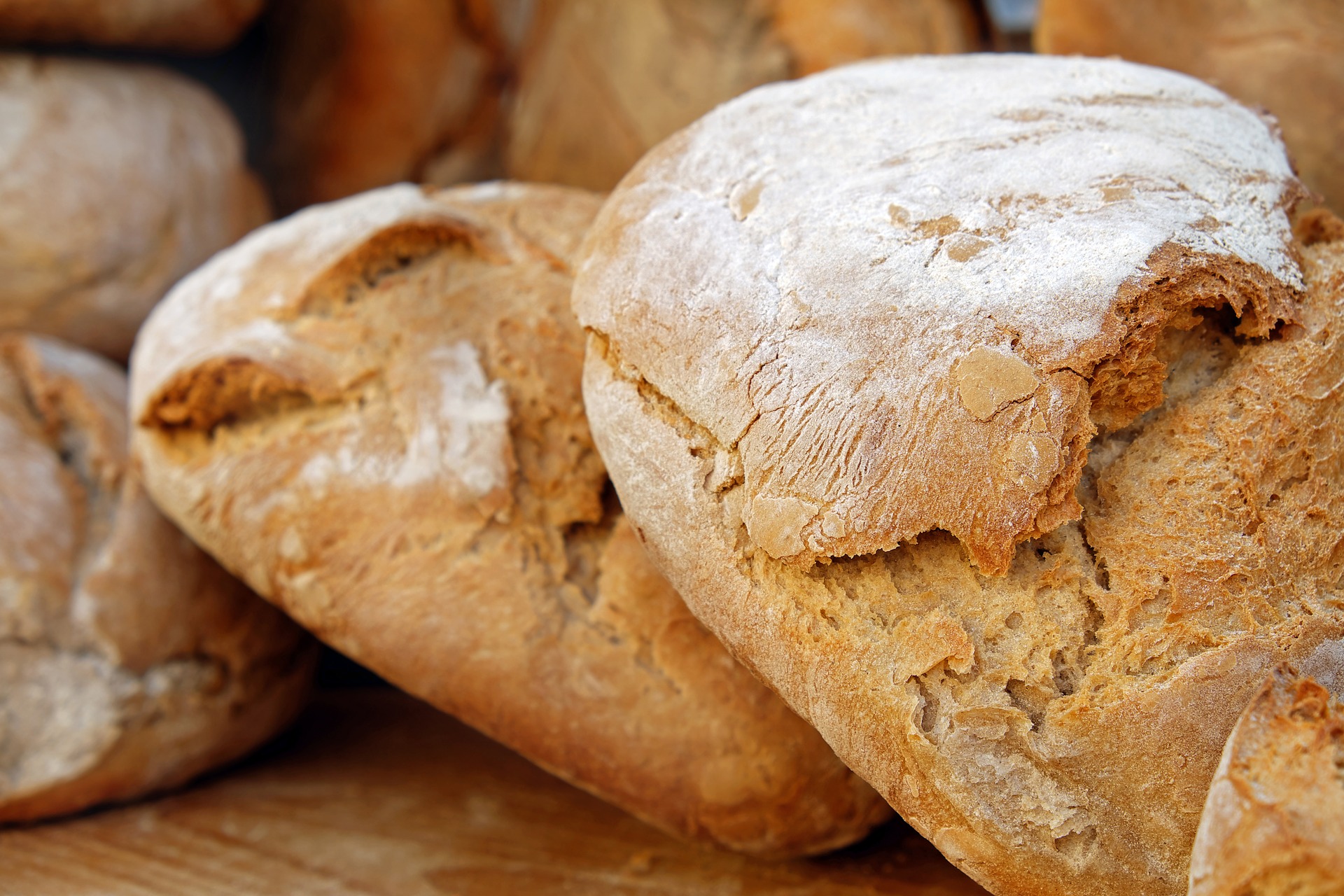 I also grew a large garden, foraged and gleaned from friends and neighbors. While I raised a portion of our meat, my man’s successful hunting ventures nicely filled the gaps in our freezer!

#8-We Preserved Lots of Food in Season

Canning, fermenting and root cellaring techniques all played an important role in lowering grocery costs. There were particular seasons in life when we lived off our preserved food! Like when my man went to school for 14 weeks to finish up his carpentry program.

#9-We Learn to Rely on Others

I know! I said DIYing was one of the ways we saved! And it’s true. But out of necessity, we also learned to rely on others. I’m very independent by nature, but I soon learned there’s wisdom in learning to lean on a friend!

Tools for the broken down van, a meat grinder for the big game we hunted, an apple cider press, a poultry plucker, friends and neighbors welcoming us to glean fruit from the back yard…we learned to trust and rely on the people around us.

We wouldn’t have reached out goal so quickly, without the help of the good people in our community! 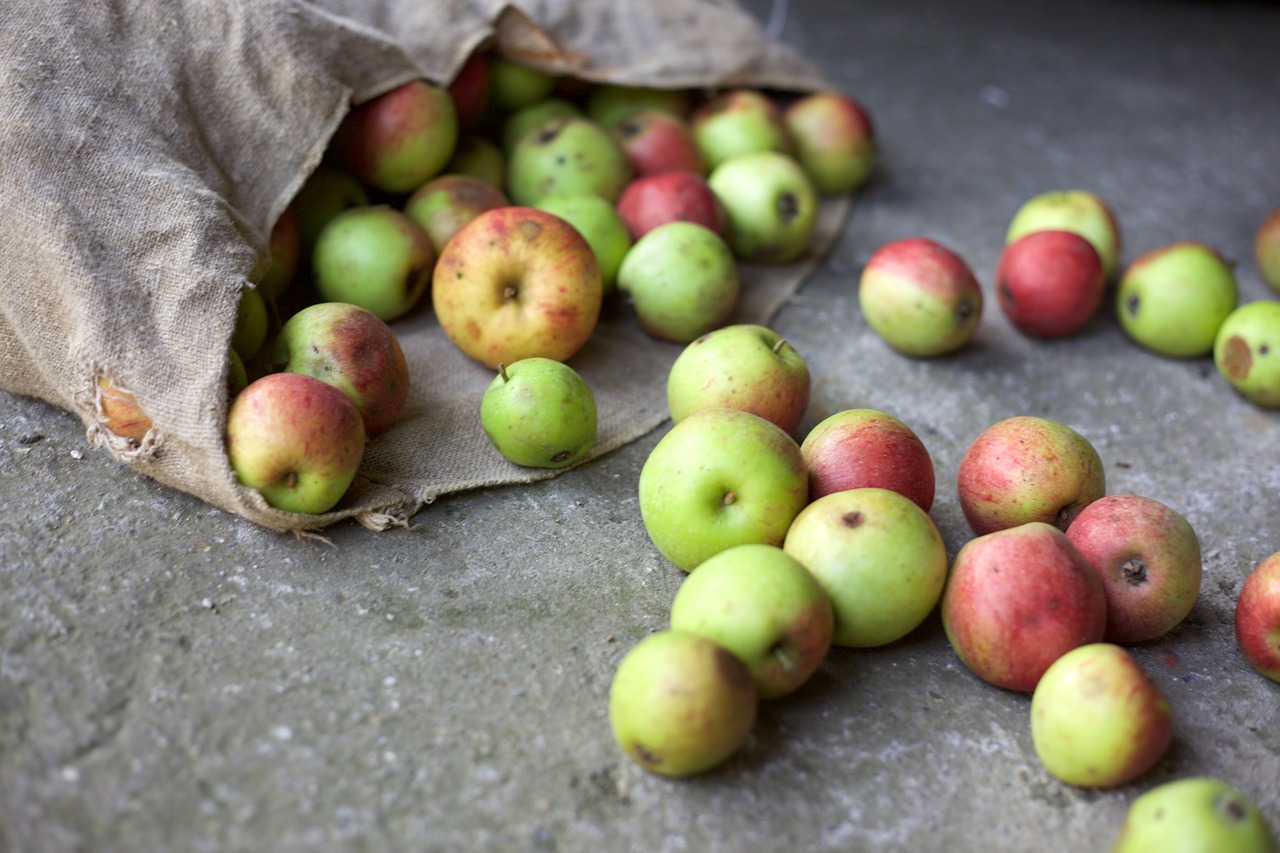 It’s one thing to say you want something. But it’s another to live like it. We made a point of living like it. We rarely passed up an opportunity to act like we wanted our goals more than anything else!

Yep, That’s What We Did!

There were other, little tricks we used to build the bank account, but these are the primary 10 ways we saved for land and a home. Practicing these things allowed us to see a consistent rise in savings. Sometimes, we felt the excitement of our journey. Other times, we felt the confines of it all.

Sometimes, we wanted to bust loose from our tight financial parameters. But because we were decided about what we wanted, we held to our resolve.

Several years later, it paid off! It worked for us. And so, I’m willing to wager some of these things can work for you! 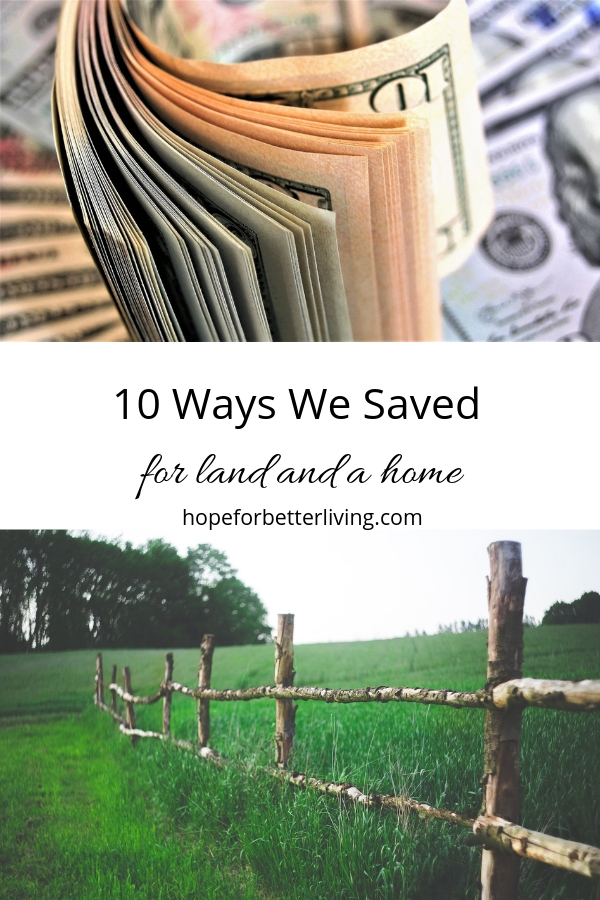