We spent that first winter in the new valley, quietly. Sometimes life felt a bit lonely, as it always takes time to settle into a new area! But we couldn’t complain. Our friend circle was growing and we had gotten quite involved with our church.

In this time, we learned all we could about “southern” winters! My man fell in love with the fact that a 30 minute drive up into a nearby mountain pass would put him in the heart of good, backcountry snowboarding.

Work, snowshoes and snowboards were his story that winter! Unless the road was avalanched in, of course.

During those quiet winter months, I began to prepare for the following summer. Part of the reason we had moved was so that we could grow more of our own food. My goal was to also preserve it for year ’round eating. So I brushed up on my canning knowledge, learned all I could about root cellaring and looked into permaculture gardening for the first time ever.

I devoured any “homesteading” information  I could get my hands on, was constantly learning and re-wetting my appetite by reading about other people’s experiences. Go ahead and laugh, but that’s when I first began to realize what blogs were, that in the online world, hobby-farmers called themselves “homesteaders.”

But when that winter passed, I was ready for action! My goal was to raise all the produce we needed for summer eating. I wanted to live on home raised food!

It was an early spring. By April, cold-weather crops were going in the ground. I was ecstatic over this change of climate! Up north, I’d still be staring at piles of snow in the yard, instead of digging in sun-warmed soil, overturning worms and kinking the back of my neck as I dribbled tiny seeds in long furrows of earth.

The brown rows began to disappear as the green foliage took over. I was so proud of my garden! 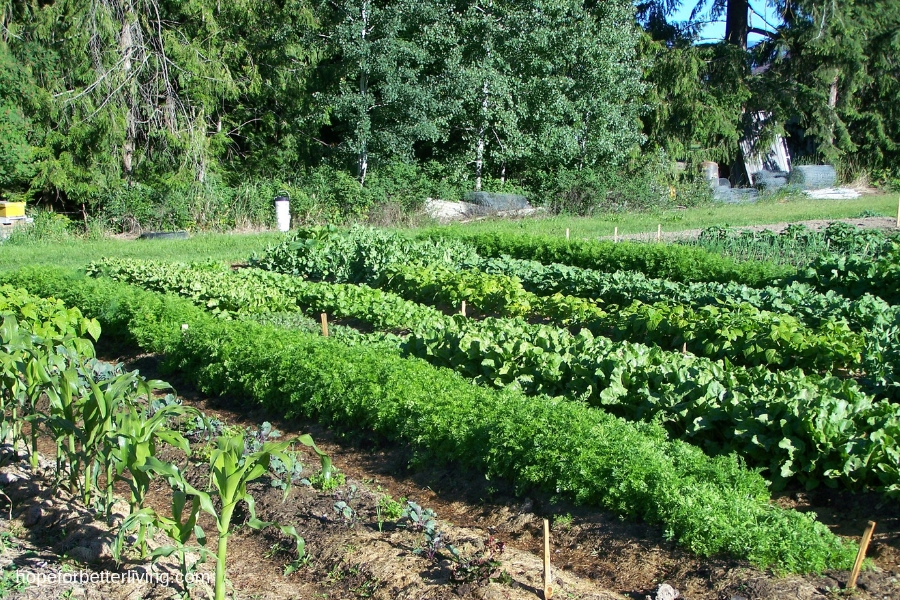 Thanks to our landlord who had worked the soil year after year, crops were healthy and vigorous. While I certainly had my fair share of mistakes and mishaps, I grew far more food than we could use that first summer!

Far more! Our landlord’s chickens often feasted on the contents of our garden, simply because we couldn’t keep up. But I reached my goal! Between the garden and our well stocked pantry, I didn’t put foot in the grocery store for over 4 months.

Our heritage turkeys began laying large, speckled eggs about the time I planted the garden. For me, spring never really feels like spring without the arrival of little creatures. So we allowed our birds to brood and by early summer, we had 30+ poults running about! It was both satisfying and rewarding to know we we were raising healthy meat and would have something besides venison that fall. 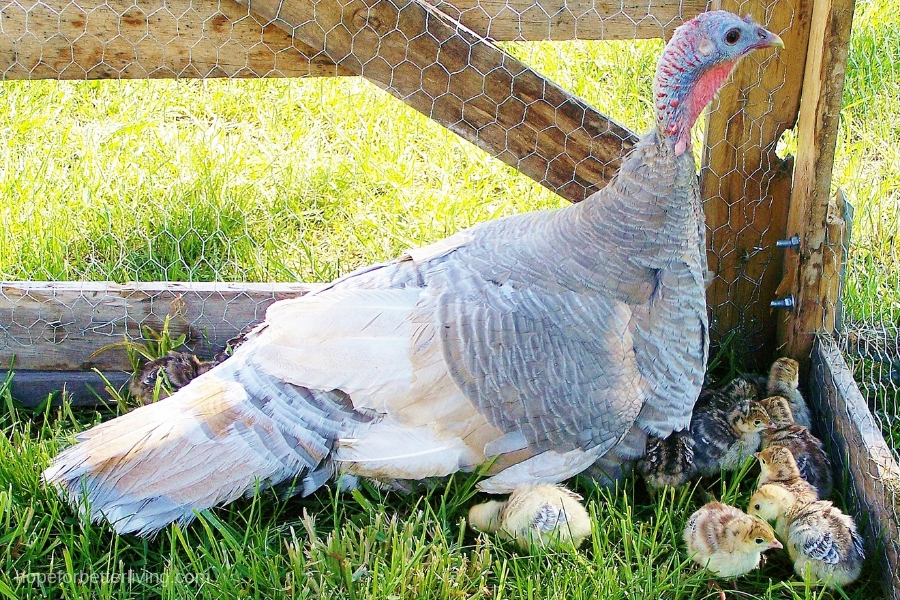 It Was A Wonderful Spring, But…

On one level, I was having loads of fun. But there was part of me that always held back! I didn’t want to fall in love with the place if we weren’t going to stay. I didn’t want to throw myself into preserving too much food if we were leaving it all behind at the end of summer.

I begged my man for an answer!

He said liked the place. He said he didn’t see reason to leave. But he thought we’d better wait until the full year came ’round before we decided. When that mid-summer day arrived, we packed a picnic supper and drove up the lake to discuss it.

Are You Thinking What I’m Thinking?

As we ate, we talked about our future.

We liked the simple, live-in-the-moment mentality these folks carried. In this valley, hobby farming was not only understood; it was respected! My man had a steady job and a good boss. It seemed like a wonderful place to raise a family. We loved our church. Property was cheaper, and even though wages were lower, in a year’s time, we’d surpassed what we’d been able to save when living in the north…by more than a bit!

And with it’s fertile soil, mild winters and long growing season, this land met our food and health needs. We’d found answers to our big, important questions. In fact, we couldn’t think of a reason to leave!

So that settled it. We were staying! And this somewhat blurry photo marked that happy moment. 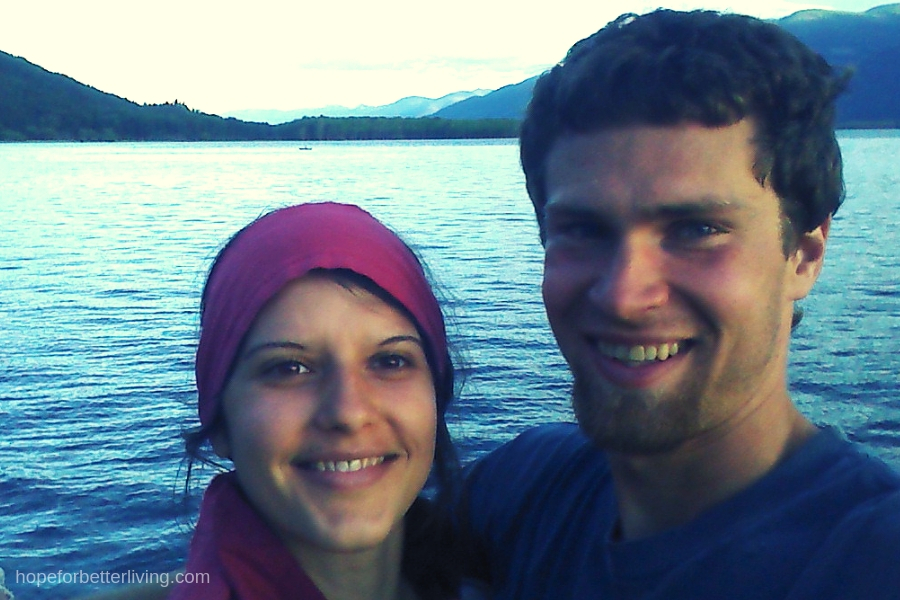 Happy to Have A Home

I was relieved. At that time in life, I was desperate for something solid beneath my feet. When we made our initial move, I was just coming out of several years of extreme Lyme treatments. And I was getting reacquainted with myself, who I was now and how I had to live because of my health. Everything in and about me had changed!

More than anything else, I needed my world to stop shifting and turning so that I could get acquainted with the new person I’d become. I wanted to know what was normal and how to do life well in a weakened body.

I needed something stable, somewhere in my life. This valley promised me that stability, and I thirstily embraced it.

Previous Post: « 8 Ways You Can Save Money In the Kitchen
Next Post: 10 Ways We Saved for Land and a Home »