Rolled oats are a staple in many homes, particularly among frugal folks and those who react to gluten content. There’s lots of perks to using oats in your kitchen! Not only do they store well, but are cheap, a quick filler and in regards to baking, are quite versatile.

In spite of their commonness, few of us roll oats in our own kitchen and fewer of us know how simple (and nutritious) it really is!

About the Oat Seed

Oats first came to America in early 18oo. While oat crops are prolific in many countries besides the US and Canada, they are primarily used as livestock fodder. Less than 10% goes for human consumption.

To date, the oat seed has not been genetically modified. This is partially due to the low demand as a human food source and partially due to its chromosome complexity. Oats are free of gluten content.

Among grains consumed by humans, the oat is most difficult to clean due to its tight-clinging husk. It is also highest in fat content. 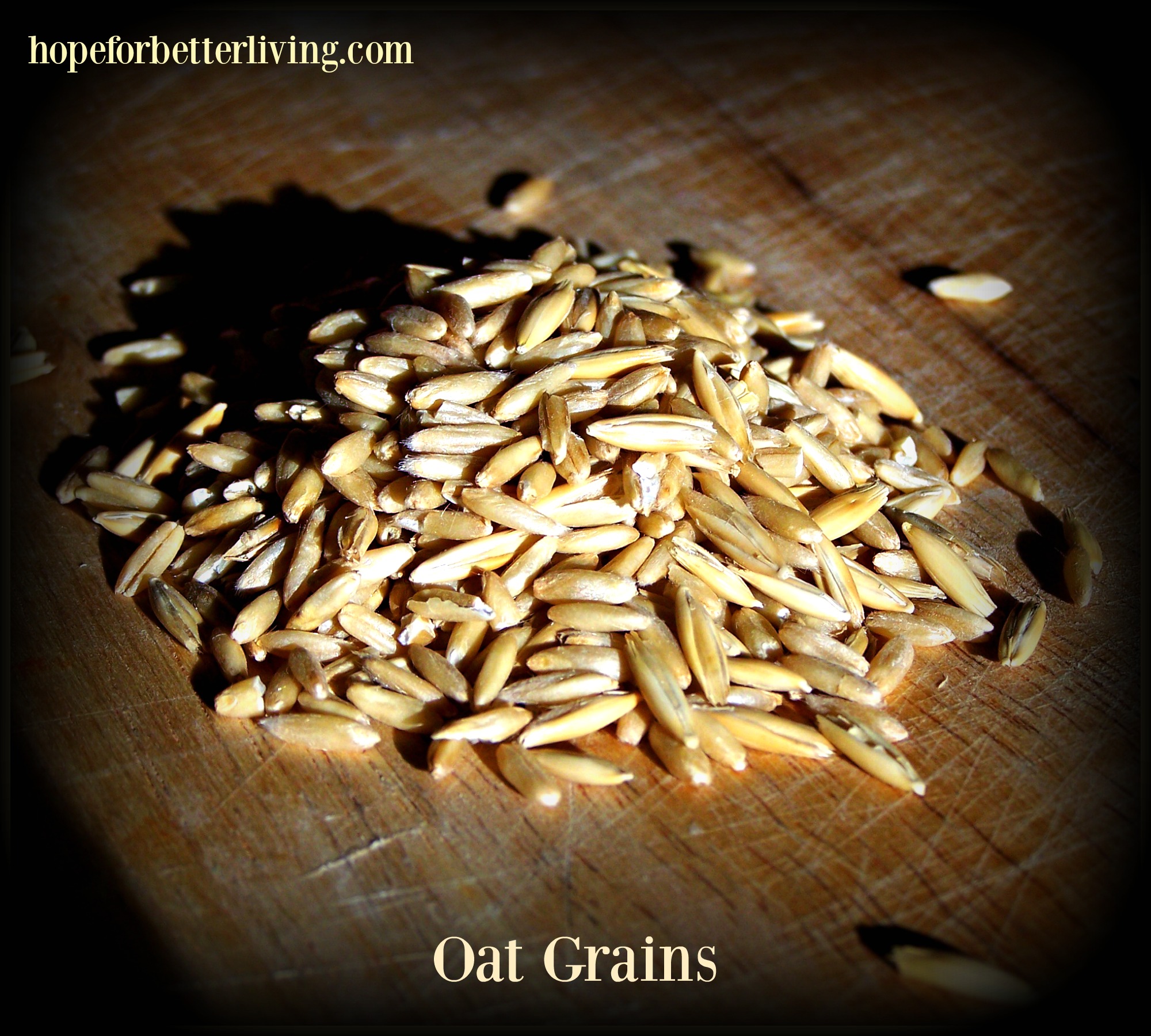 Parts of a Grain Seed

A seed of grain (regardless of type) consists of three parts: the bran, germ and endosperm.

Bran is the hard, outer coating that encompasses the contents of a seed. It contains the majority of vitamins, minerals and fiber, preserves and protects the other parts, known as the germ and endosperm. 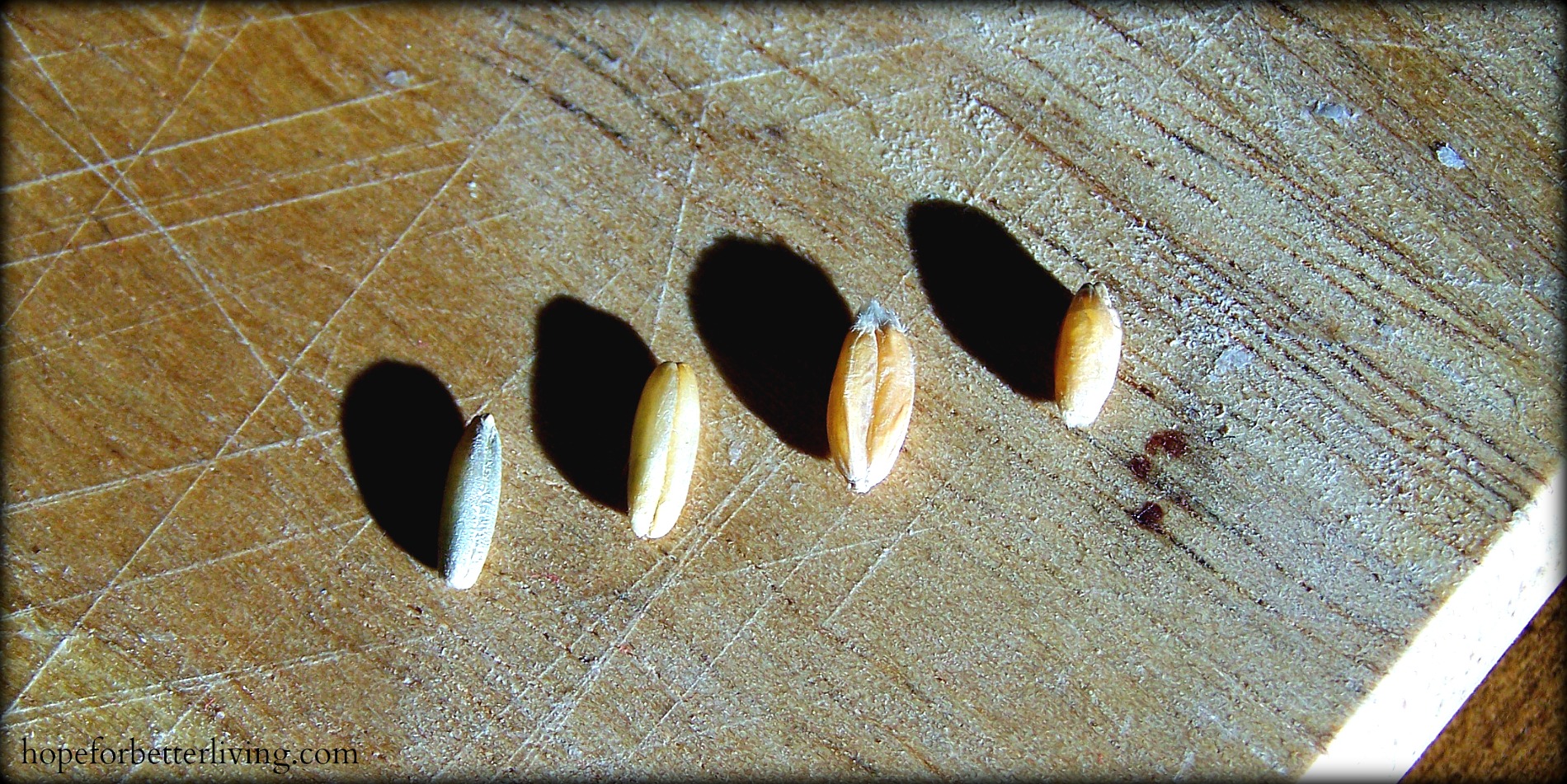 The germ is a small pocket located at the base of each individual seed. It also contains minerals, vitamin E and vitamin B. The remaining portion consists of the endosperm, a white substance that makes up a large percentage of the seed. This part contains carbs and protein.

When oats are prepared for consumers, many of the above benefits are significantly reduced and in some cases, even lost.

Unless immediately refined, all grains go rancid when exposed to oxygen. Due to the oat’s high oil content, it goes rancid faster than all others. In order to make oats shelf stable, seeds are rinsed and thoroughly cleaned. They are then put through a steaming process and just after, prepared according to the style desired: steel-cut, rolled or quick oats.

Regardless of the type, steamed and prepared oats are toasted until desired dryness is achieved. This heating process takes place to disables fats and natural enzymes, making the product shelf stable and ready to use.

Why You Should Roll Your Own Oats

Rolling your own oats enables you to preserve the natural vitamins, fats and fiber found in whole grains. While pre-rolled oats are quick and easy to use, they are a refined food. Rolling your own grains at home is the only way to get full, rich benefits of unprocessed oats.

If you grind your own flour at home, its probably because you’ve come to recognize the benefits of fresh-ground flour? Take it to the next level by rolling your own oats as well! 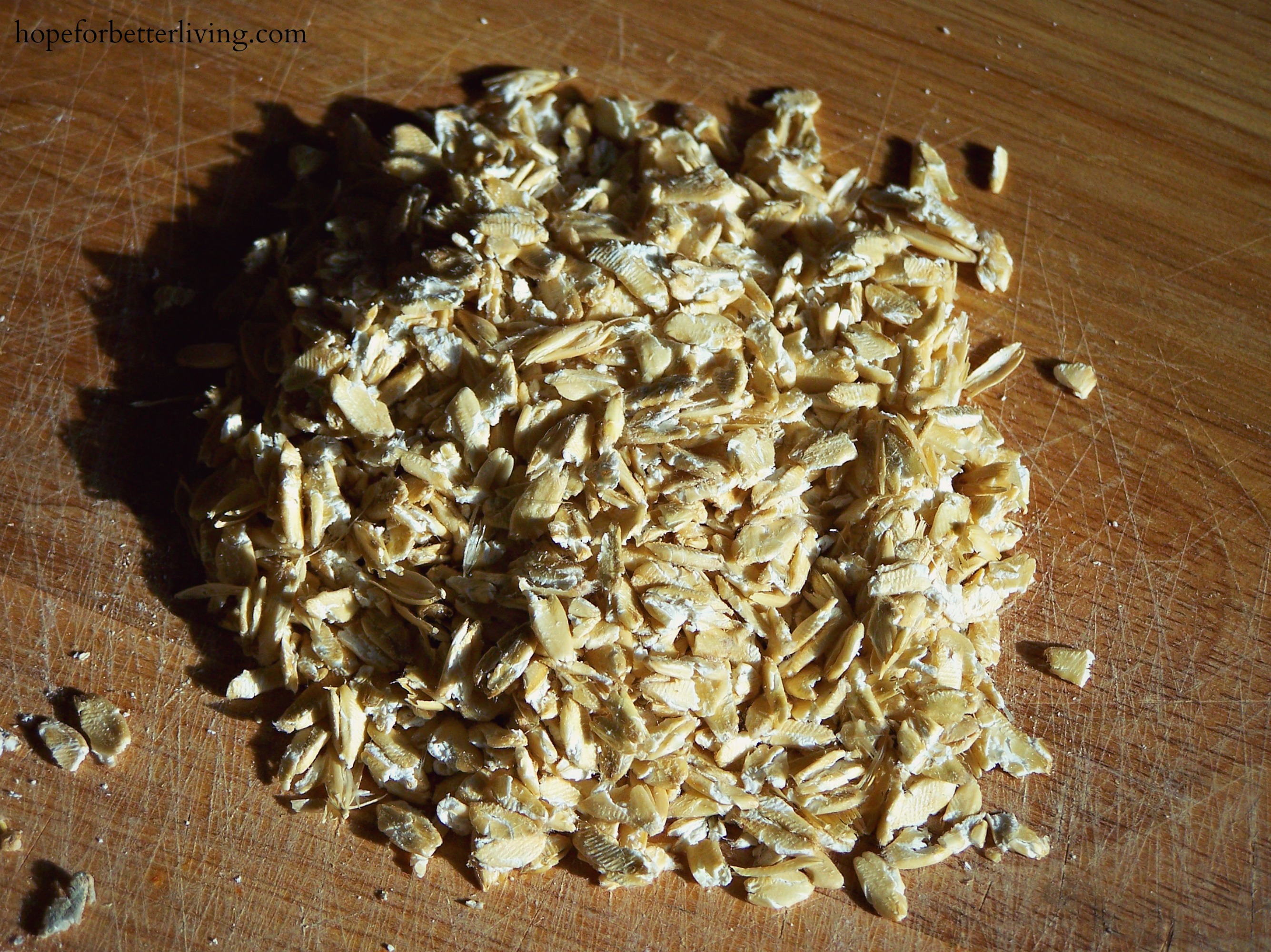 What is a Oat Roller?

Oat rollers are often referred to as ‘grain flakers’ and they will flatten whole grain seeds for you. While primarily used for oats, its doesn’t stop there! Wheat, rye and barley are other common choices.

Home rolled oats don’t and shouldn’t have the same appearance as commercially steamed and flatten oats. When rolled in their raw, natural state, they will retain some of their “seed” shape.

A good flaker has an adjustable setting that allows you to control the thickness of the rolled grain. Flakers come with both manual and electric options. Though pricey, there are even grain flaker/grain grinder combos on the market!

Types Available for Your Kitchen

You can purchase a single grain flaking device (electric or manual) that sits on or attaches to your counter top. If you already own a Bosch or Kitchen Aid mixer, you can purchase electric flaker attachments for relatively cheap.

We currently have the manual KoMo manual flaker, which you can find here on Amazon for approx $140 (USD).

In western Canada, you can also find it amazon, or you can also purchase the KoMo brand through Fieldstone Organics. Prices vary from $180-$600+ (CAD). Australians have access to grain flakers via Skippy Grain Mills. Costs run from $188-$450 (AUD). 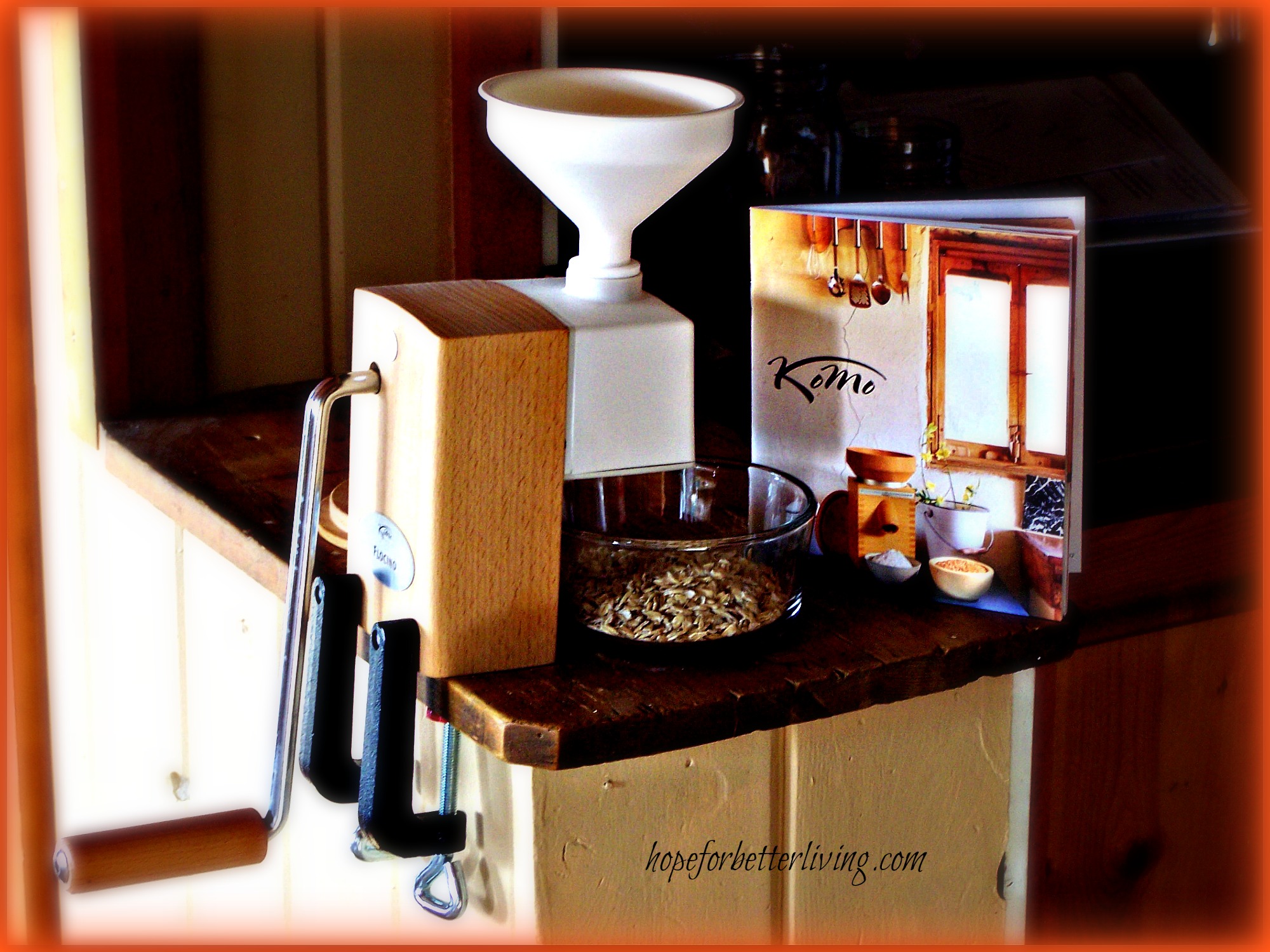 Depending on your location, you may have to do some sleuthing to uncover this particular grain in its natural state! Because rolling oats in the home is not a common practice, you may have to check with several companies. Often, whole oat seeds are referred to as ‘groats.’

Regardless of where we’ve lived, we quickly discovered that our best option for finding a good groat supplier is through word of mouth. When living in western Canada, we discovered there are many small-scale, all-natural grain farmers that sell locally and only locally. Once discovered, oats can be purchased in bulk as with any other grain.

3 Tips for Working with Fresh Oats

As with anything, when changing from processed to natural foods, there are adjustments that must be made. When working with oats in their natural form, there are three primary things to be aware of!

If purchasing groats for rolling at a small, local business, inquire about the cleanliness of the finished product. Oats are one of the most difficult grains to hull. Some small businesses sell oats for flour and a few hulls don’t matter. However, hulls in your morning porridge will make it un-chewable. Never use oats for rolling that were intended for livestock. Its more than likely they will have hulls intact. 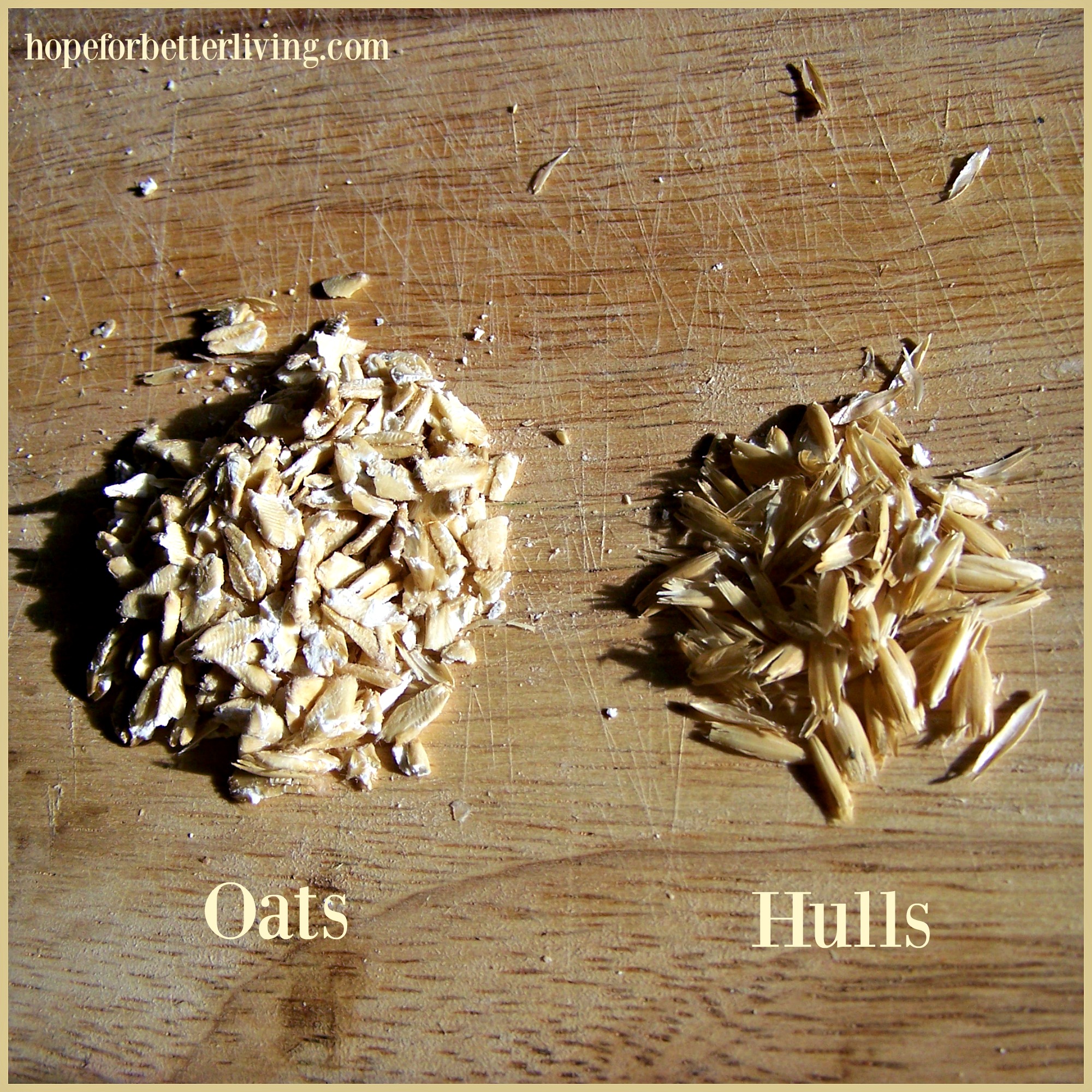 While groats will store for several years in their natural, whole-seed form, this changes when exposed to oxygen. Because of high fat content, home rolled oats will turn rancid very quickly, sometimes within a few day’s time. Save yourself needless waste by rolling oats only when ready to use. If this is inconvenient, roll a bagful and freeze until ready to cook, bake or consume! In every respect, treat freshly rolled oats as you would home-ground flour!

Tip #3: How to Cook and Use Fresh-Rolled Oats

Home rolled oats will soak up more liquid than you are accustomed to. When making porridge in mornings, double the amount of water or you’ll end up with a very stiff breakfast. It doesn’t stop there. When baking, you’ll have to add more liquid than the recipe calls for. Also be aware that home-baked goods containing freshly rolled oats will turn rancid sooner. If bread, muffins or cookies aren’t going to be consumed in 3-5 days time, freeze until ready to eat.

Not only does rolling oats in your own home afford the benefits of whole food in its natural, unadulterated state, but it has superior flavor. After consuming freshly rolled oats, you won’t go back! They have an incredibly rich, nut-like flavor whether consumed in a porridge or used in baking.