The back yard chicken movement is big right now. And I’m glad it is. I really am. But I have a confession to make: chickens aren’t my favorite.

Oh, I don’t mind chickens. In fact, they’ve cackled their way throughout my entire history. If I had to choose between chickens or nothing at all, I’d definitely get chickens. But they aren’t my first pick.

Here’s the honest truth from a gal who has spent a lifetime with crowing roosters and cackling hens.

When it comes to farm animals, the chicken and hog have similar tendencies: they’re garbage disposals, eating (almost) anything, and strangely enough, even each other at times.

My lack of passion for chickens began at childhood. Coming out one day to discover a dead, rotting chicken in the corner of our large pen was gross. Seeing the other birds eating it was even more…unpleasant.

Suddenly, our chickens make me think of turkey buzzards (vultures) that were plentiful in our valley during summer months. Not a pleasant association for a young farm gal who had seen these red-headed, black birds cleaning up carcasses that could be smelled from a long way off.

For some, the chicken’s scavenging ability is considered economical. When compared to the clean-eating duck or turkey, chickens are in all reality…unpleasant.

What They Eat Affects Our Bodies

Of course, just because some chickens eat rotting carcasses doesn’t mean yours have to. You can control what they eat unless free ranging on a large piece of property. But if your birds are always eating junk food, not only will it affect the nutritional content of their eggs and meat, but they will be more likely to contract parasites or other diseases. 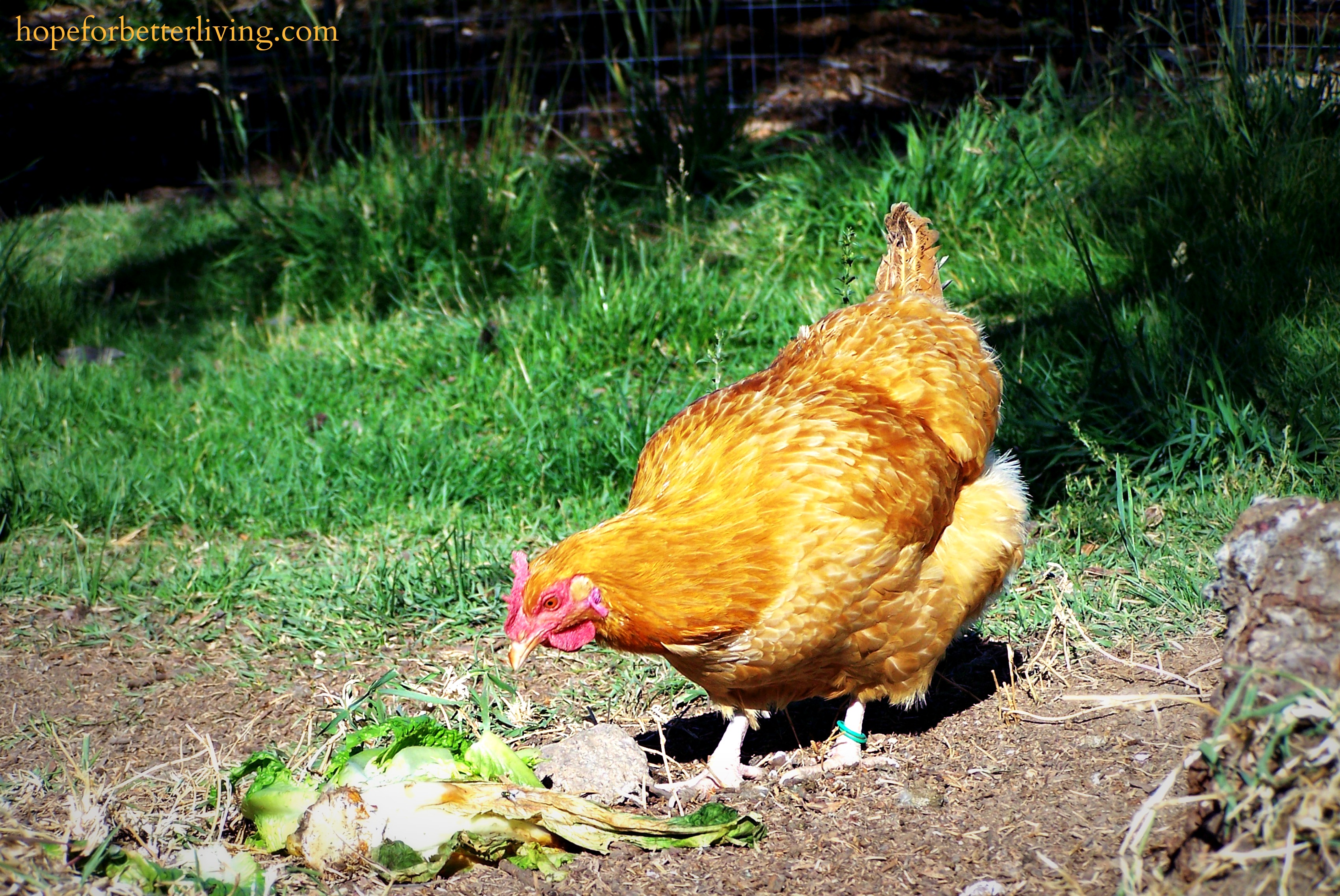 Roosters Can Be Rough With Hens

In order to propagate your own pure-bred flock, you must have roosters. Put too many (or one with high testosterone) in a flock of hens and they can literally do damage to your layers. Often, aggressive roosters remove so many feathers from a hen’s back during the mating process that they begin scratching up flesh.

Egg production often ceases when this happens and you must be careful to keep other birds from picking at the exposed (and often scabby) area. In comparison to other poultry, roosters can be rough on hens. 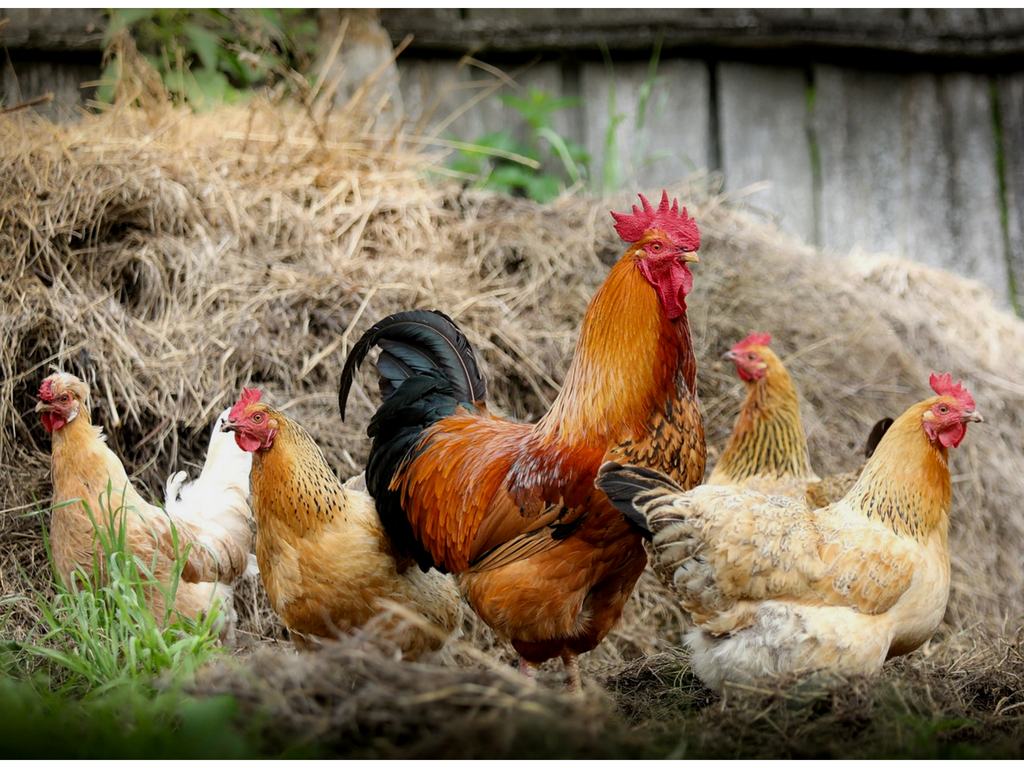 Chickens Pick at Each Other’s Injuries

Every animals needs adequate space in order to avoid certain ‘behavioral’ issues. Unless free-ranged or give lots of space, chickens are known for picking at one another. Wounds or exposed skin (rooster inflicted or accidental) seem to be an invitation for this activity.

Perhaps this is because of their scavenging nature? Injured chickens often have to be removed from the pen or their “friends” will only compound the issue.

Roosters Can Be Dangerous to Children

If you have young children helping on the farm chores, always keep one eye on them…and your rooster.

Cocks are known for their aggression toward small children. More than once I’ve witnessed a bold rooster attempting to spur young tots in the face, sometimes even knocking them off their feet. Children have lost eyes to the aggression of the rooster. Don’t underestimate yours!

Layers Are Sensitive to Wet & Cold

Keeping a flock in the Pacific Northwest, we quickly discovered egg production decreased when our hens got cold, wet feet. By keeping them locked up in the henhouse out of the cold, wet winter rain, we could maintain our egg production.

Layers Can be Fussy

A hen can be protective of her eggs, particularly those who are broody. If you collect while she’s still on the nest, you’re trespassing on her territory.

As a child, I remember putting on long sleeves or gloves in order to avoid getting beat up. Unlike the rounded beak of the duck, hens can almost draw blood with their strong, designed-for-tearing beaks. Whatever you do, don’t let them get hold of loose skin!

On average, chicken eggs are not only smaller than those of a duck or turkey, but contain less B vitamins, protein, fatty acids, cholesterol, selenium and iron. Chicken eggs are more acidic than the other two.

For this reason, folks looking to balance their pH do well to avoid the eggs of this particular bird. For some, chicken eggs are even more difficult to digest. Many folks who are sensitivities to the chicken’s egg can consume the duck or turkey egg without complications.

While this can be a positive, it often turns into a negative with free-ranging birds. Unless confined to a pen, chickens will disturb newly seeded garden rows, uproot young seedlings and even kill plants in the flower bed. T

heir activity can expose the roots of larger berry plants and bushes. Helpful if they are supposed to cultivate the earth in those particular areas. Not so helpful if they destroy your crop!

Chickens Can Be Noisy

In comparison to *most* other poultry (guinea fowl hold first place), the chicken’s voice is sharp, shrill and carries well. As much as I love the rooster’s early morning call, I don’t understand the chickens’ need for constant noise!

Every time the hen lays an egg, you’ll be informed due to her very vocal “announcement.” Whenever it goes forth, several other hens will feel the need to join in. And don’t forget about barnyard squabbles! If you have a large flock (25-35 birds) you can expect almost constant noise from before morning light into late afternoon hours.

If I ever feel the need to keep chickens, I wouldn’t hesitate. But as long as we can raise turkeys for meat and ducks for eggs, I’m happy without these cackling birds!

Previous Post: « Make Your Own Bath Bombs at Home
Next Post: Why You Should Roll Oats at Home (and how to) »