Perhaps it’s because I was raised with too many older brothers. Maybe it was just my family culture. Or perhaps it’s just part of my God-given nature. Call it a sense of humor or a mischievous streak, it often rises to the surface at the most untimely times!

Lately, it’s been happening when I meet new people. The laughter just wants to bubble up and I have to fight to keep it down!

What tickles my funny bone so?

It’s the way new acquaintances respond when they discover we bought land and have nearly finished building our own home.

After exchanging a few polite niceties in an open, friendly manner, conversation naturally leads to the “where do you live” question.

I don’t know how to explain it, but when they discover what we’ve been up to, there’s a shift in their attitude, like they suddenly see us in a new light. It sounds funny to say, but it’s as if they suddenly gain a new level of…respect…for us?

Really? A young couple built their own home in the country?

And I think their immediate assumption is that we have money, because the next thing they assume is that we built our dream home!

And that is the exact point where I wanna burst out laughing and gasp out the words… “..IF…ONLY…YOU…KNEW!!!”

We Aren’t Anything Special

We’re both well aware of the fact that we aren’t anything special!

We’re a husband/wife team making an attempt to create a healthier life, to set up a good, food producing system on our land before starting a family!

We’re just a husband/wife team who decided they wanted a place of their own even more than they wanted luxuries, splurges and one-time pleasures. And we fought hard to get here!

I think he’s special. And he thinks I’m special. But when it comes to life and finances, we both know we aren’t anything special! 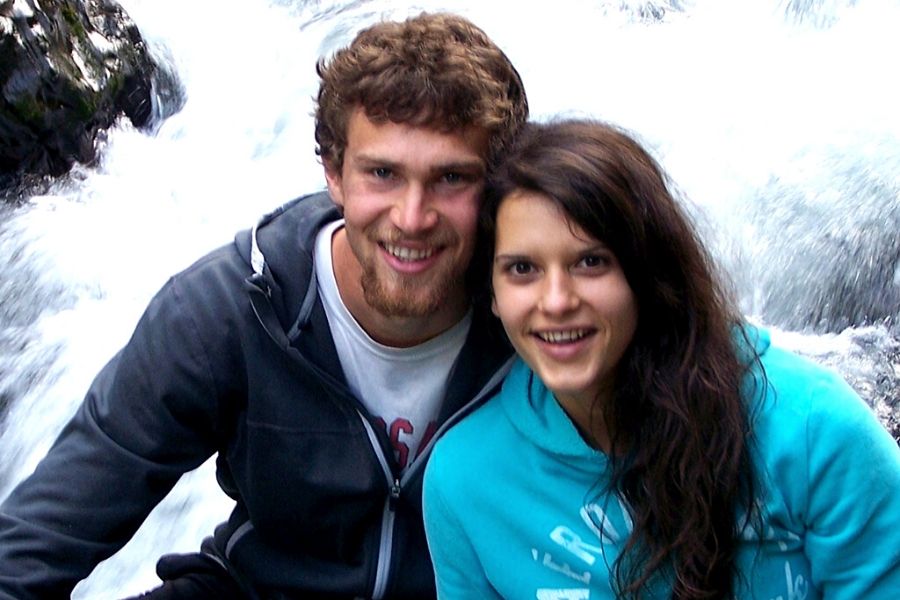 What Would They Think If…

I sometimes wonder what these people would actually think if they understood what we went through to get here? What would they think if they knew that…

Our ceilings still sport bare light bulbs. We still haven’t put rock work around the wood stove. My kitchen cabinets still don’t have doors or drawers. Interior doors aren’t painted yet. And we have an old, 1980’s vanity in the bathroom, waiting for a facelift.

Did I mention that our used washing machine sounds like a jet taking off? That the dryer that makes scraping sounds as it goes ’round and ’round? We have a free refrigerator that squeals and whines? Fortunately the free kitchen stove is still working just fine!

This “dream home” of ours is still surrounded by piles of logs, junk and rocks. There’s no shop or garage. This spring a big puddle of water formed at the beginning of our driveway and created a mud pit. Whenever anyone came or went, we’d pray they wouldn’t get stuck!

Us? Building our dream home?

Us? Sitting the lap of luxury and ease?

No. No. No. No! We’re just two simple country kids who understand common sense and hard work.

And that, folks? That’s all!

Previous Post: « A 100% Whole Wheat Bread Recipe
Next Post: Milling Your Own Flour-What You Need to Know »