It’s only been a few years since my man and I stepped into the world of honeybees. We’re still learners, just babes in the bee world! And actually, it’s my man who has taken a strong liking to keeping and caring for these busy, buzzing insects! In this post, we share a video of extracting honey in late summer.

But it isn’t just us! As you know, we’ve been part of a farmshare since moving to the beautiful valley we now call home. Several years ago, a number of us were interested in honeybees. 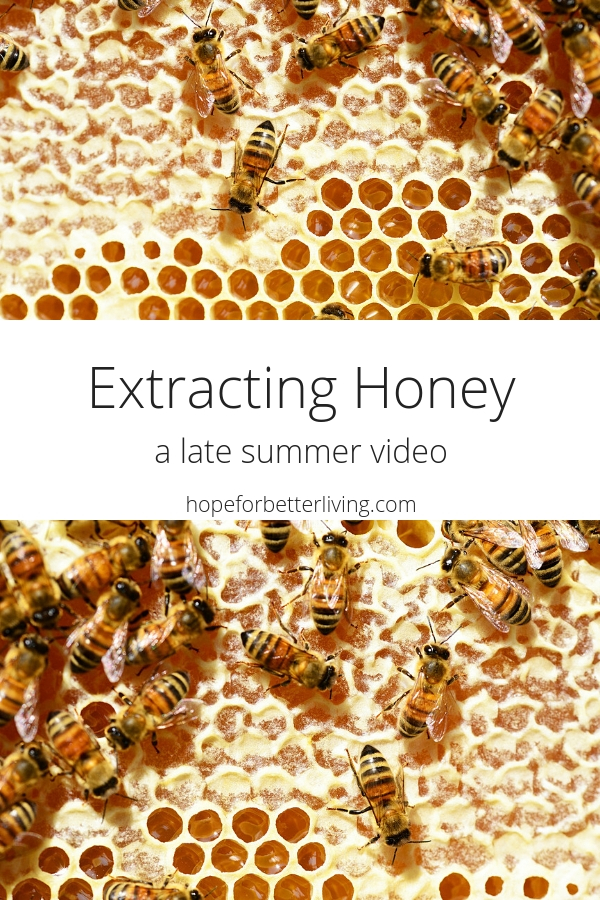 And so? We collaborated! Instead of attempting to do it on our own, the group bought and established two nucs (two small, startup bee colonies). After setting up the new bees on the farm, we shared equipment, pooled our finances and volunteered time as needed. And we always split the honey harvest among the involved 8 members.

It’s been a wonderful way to step into the beekeeping world! Due to the pooling of money and resources, we’ve had great success without great risk. In three year’s time, we’ve moved from two small nucs to 5 strong hives that supplied us with 20+ gallons of honey in one harvest.

And yes, we’re all proud of it!

Now, let’s get on to the video of extracting honey in mid summer!