Did you know it’s not difficult to make your own creamed honey at home? While it seems like a unique and special product, the process of turning liquid honey into a creamed honey is very simple. And in this tutorial, I’m going to show you how to make homemade creamed honey in just 5 minutes!

And better yet, I’ll show you how to make created honey without a seed starter!

The Difference Between Normal Honey and Creamed Honey

If you’ve never heard of or tasted creamed honey, let me walk you through the differences between liquid honey vs creamed. 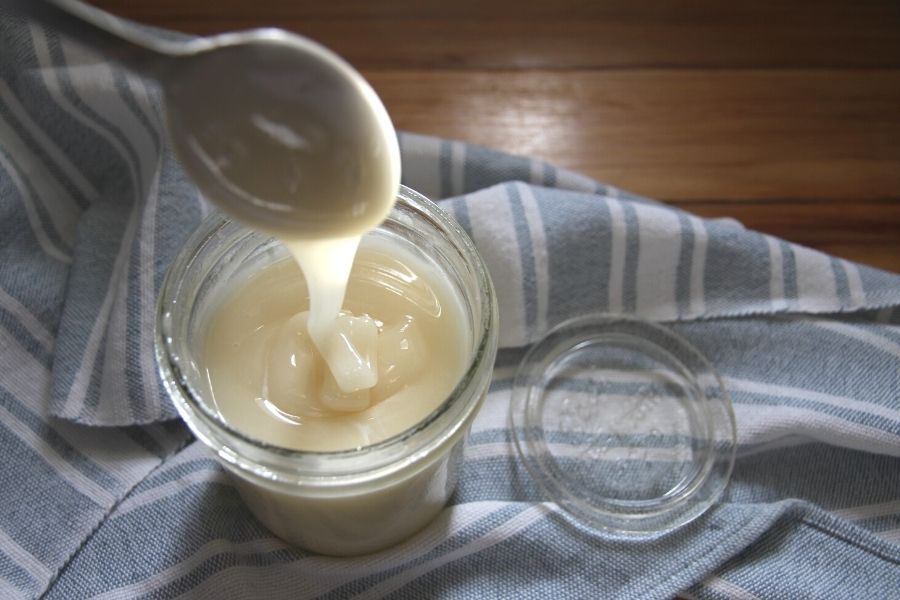 How Is Creamed Honey Made?

And you can do this too, if you like.

But there’s a faster way!

If you have an electric kitchen blender, you can literally whip up creamed honey in a matter of minutes! Let me show you how to make your own creamed honey at home.

If your kitchen is equipped with basic tools, you probably have the equipment you need to make your own creamed honey at home. Here’s a quick list of the total ingredients and tools you’ll need.

How to Make Your Own Creamed Honey

Creamed honey is so delicious, I can’t seem to keep my honey jars full! Perhaps my man’s sweet tooth has something to do with this? 😉

Once you see how easy it is to create and after you’ve spread your morning toast with this velvet-like substance, you’ll understand why people love creamed honey so much!

And it’s all natural.

The first step in creaming your honey is to measure it into an electric mixer. Personally, I use a Bosch in my kitchen, but a Kitchen Aid or even a hand held mixer will work.

Just make sure you set the dough hook aside and use wire whisks for the job!

When it comes to measuring in your honey, I recommend starting with approximately 2 C of liquid honey. And you don’t have to be exact in your measurements. You can approximate. 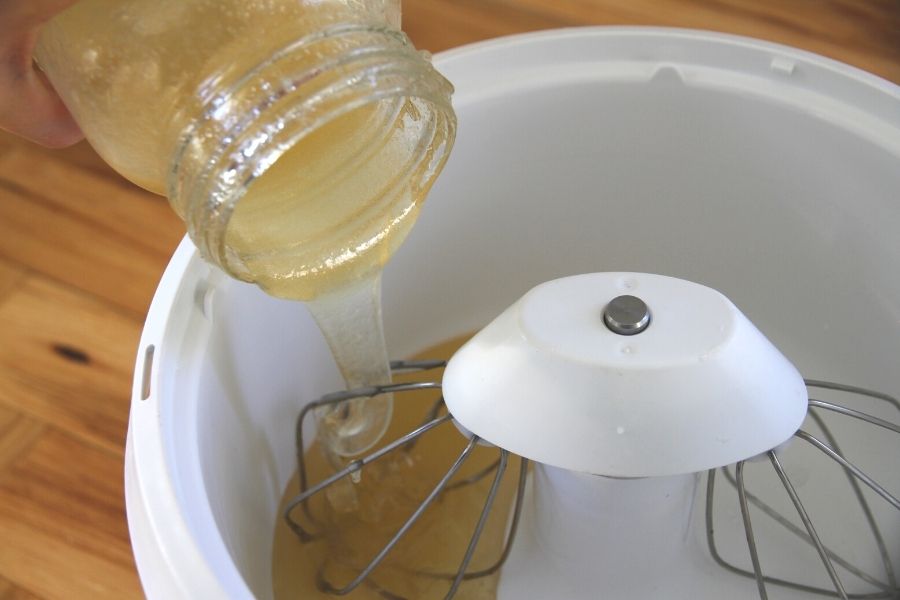 After adding honey to your mixer, turn it on to medium speed. Let the wire whisk/s whip the honey. As you watch, you’ll see the golden color change to a soft, creamy white.

But don’t stop when the color changes! Keep whipping it for about 5 minutes to ensure it’s well creamed and broken up so that when your honey crystalizes, it forms tiny crystals. 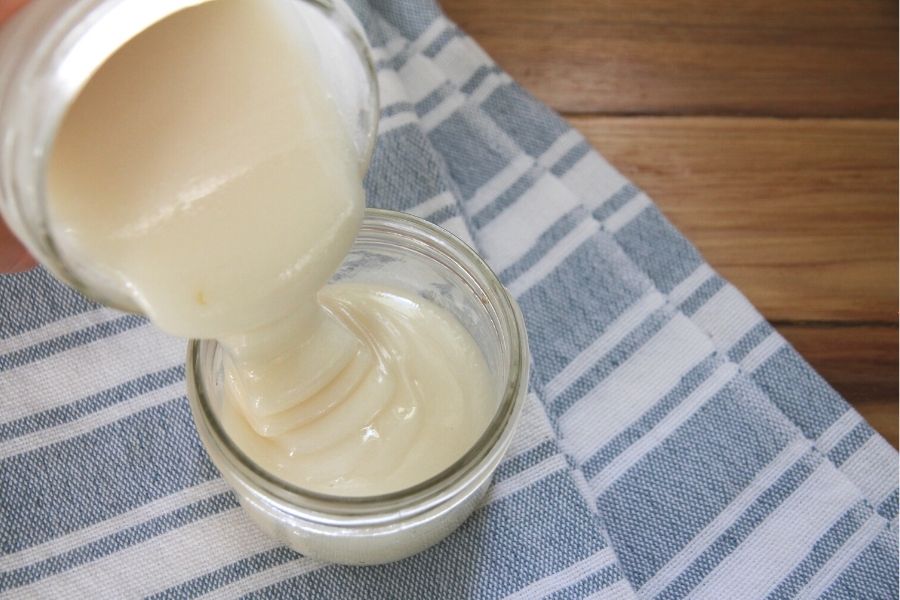 Once 5 minutes have passed, I recommend jarring your honey immediately, while it’s still slightly warm from the friction of the whisks.

And here’s why: creamed honey is thicker than liquid honey and as it returns to room temperature, it will cling to your mixing bowl. Dealing with it immediately means there’s less mess and less honey left behind!

I like to keep mine in an antique pint or 500 ml jar with a wide mouth, but you can use whatever you prefer.

Note: you’ll notice in this photo that your creamed honey will be quite white after being whipped. But let it sit for about 24 hours and it will take on a golden undertone. 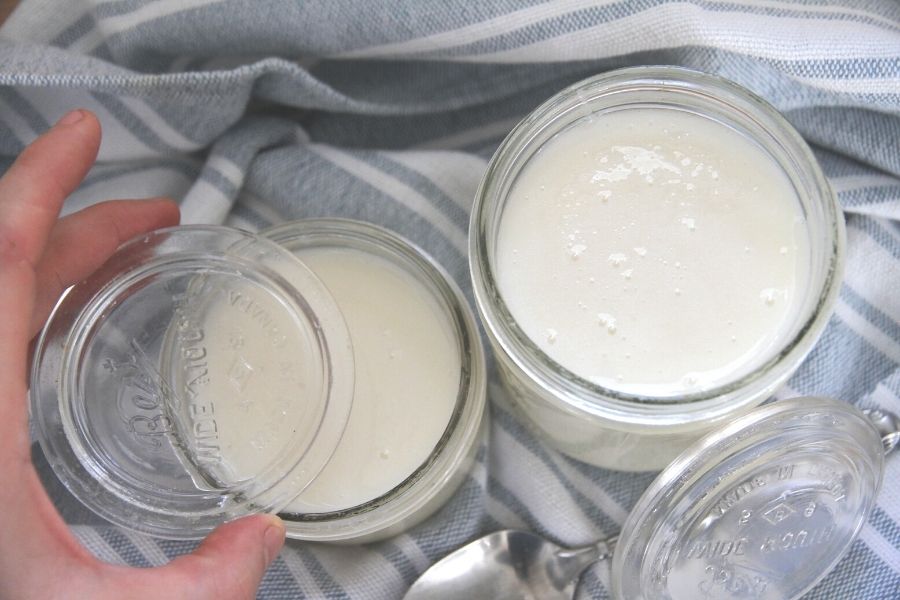 The only caution I would extend is to avoid putting it in a squeezable bottle. Remember, this stuff is thick and you’ll want a container you can dip into with a butter knife!

Be sure to cover your creamed honey with a lid. If I’m making a small batch, I like to use a wide mouth glass lid that I set on the surface of my mason jar. Metal canning bands tend to get sticky and so, I avoid using them on my honey jar.

Creamed honey should be stored in the same manner you store liquid honey. You can leave it out at room temperature, place it in your pantry or keep it in a cold room.

I should also mention that about 24 hours after you’ve creamed your honey, you’ll find a white foam on the surface of your jar. This is what I call “honey foam” and it tastes amazing! I usually skim it off before putting my creamed honey into storage, simply because I love eating it fresh off a spoon.

And because I don’t want to share it with anyone else. 😉 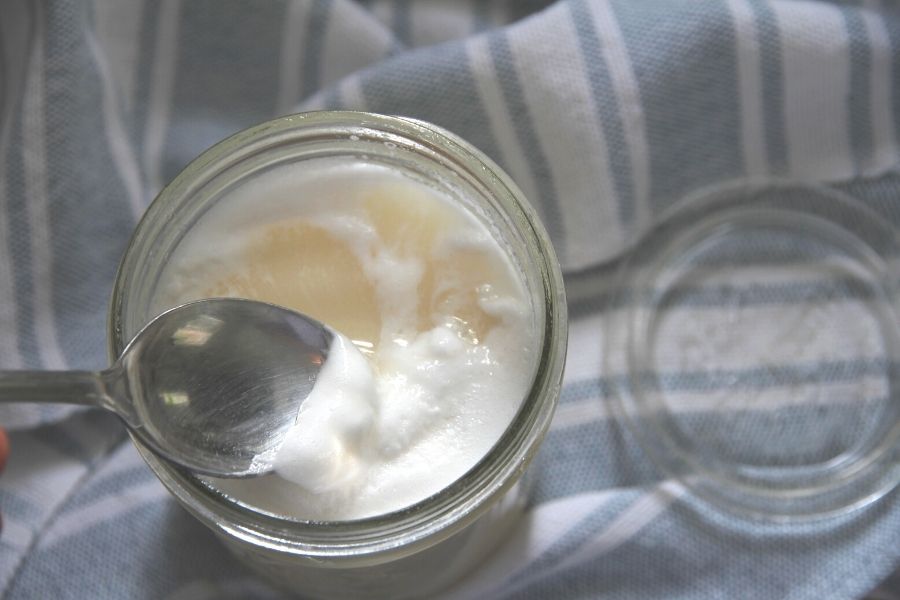 Q & A About Creamed Honey

While learning how to make your own creamed honey at home is very simple, people do have questions! I’ve received several over the years and here are some of the basics you might be wondering about.

If you’ve taken time to thoroughly read this tutorial, you already know the answer to this one! No, creamed honey doesn’t have any additives. It’s just plain honey in a whipped form.

Yes, creamed honey is still raw and while the friction of the electric mixer might raise the temperature a tiny bit, it isn’t anything significant. I always recommend making creamed honey with the raw product. 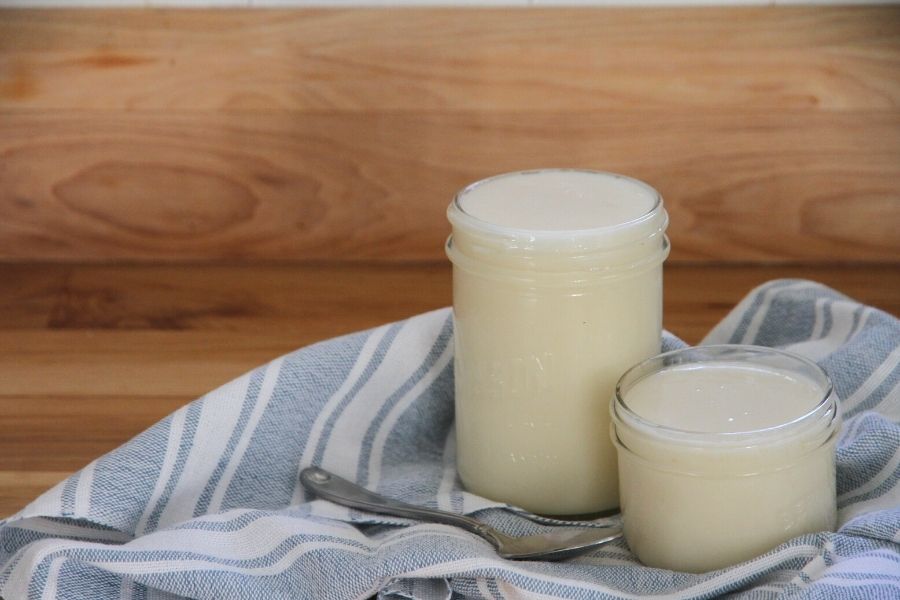 Can I Make Creamed Honey from Crystalized Honey?

You can make creamed honey from liquid honey that has crystalized. But it takes longer to whip up in the mixer. Allow for about 20-25 minutes of mixing when working with crystalized honey.

How Long Will Creamed Honey Last?

Creamed honey is still raw honey in it’s natural form. As far as I know, it will also keep indefinitely. But you want to know something? If you love it as much as we do, you’ll have a hard time keeping it around! A year is the longest we’ve been able to keep a jar of it on the shelf.

What to Do If Creamed Honey Separates

As creamed honey sits in jars, you may notice a bit of separation in the bottom of your jar. If this occurs, there are a few ways to remedy the situation! 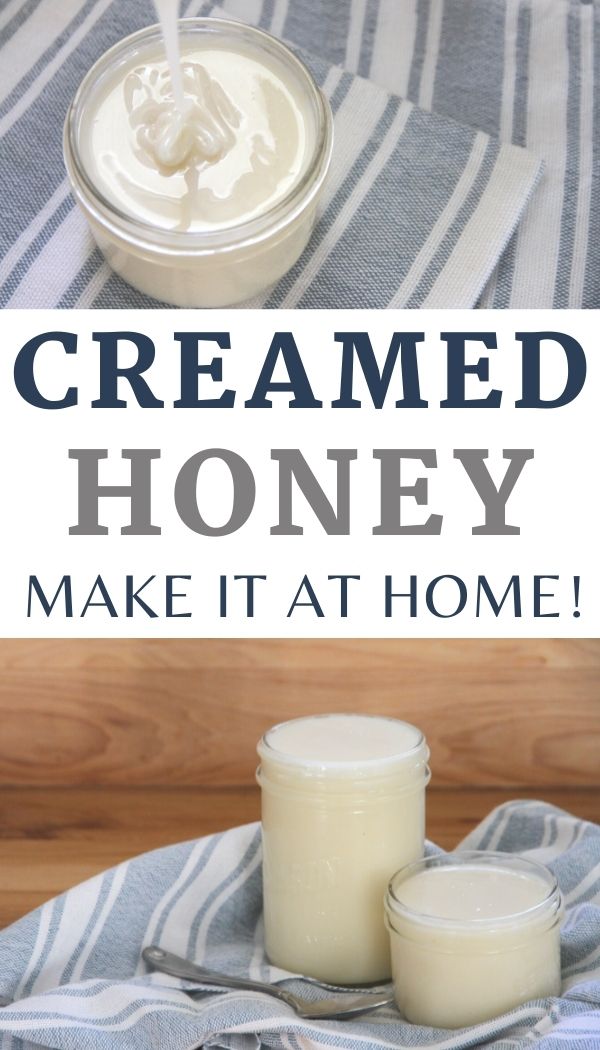 That’s How You Make Your Own Creamed Honey

It’s really that simple, folks. Creamed honey is a special treat that we like to keep on hand during the winter months. There’s something so luxurious about it. And it only takes a few minutes to whip out (pun intended!).

So go ahead and give it a try! Feel free to leave any questions or comments you might have below.

Previous Post: « Why the Simple Country Life Is Hard
Next Post: What is Easiest Isn’t Always Best »