It was time to go. His blue eyes met mine. They were sober. He paused by the freezer, one hand resting on top. At his feet sat the old red-and-white cooler, the one I accidentally melted by setting too close to a heat register.

His words were honest and rang true to something inside of me: “I want to do this…but its going to cost us!”

I felt the weight of his words. Because of my health issues, we’d returned to raising most of our own food. We had focused on self sufficiency, particularly with our meat supply. Raising it ourselves and hunting the wilds to fill the gap, we’d almost managed to get enough for a year’s supply.

He knew how I needed protein, the strange weakness that took hold if I didn’t have meat. He also knew my need for clean protein.

Once more we wondered: was this a wise decision? No. And yes.

As he carried the large cooler to our car, questions were scattered throughout his head.

A strange but unmistakable call…

We had both felt that we were supposed to give this meat to a family we knew. They primarily hunted for their supply and that fall had turned up a fruitless harvest. The wife was sick, the husband couldn’t work and had to stay home and care for their young children. Buying meat was costly! The woman’s situation was similar to my own, only far more extreme. She battled to function each day and and without protein, she would literally collapse.

Somehow, we knew we were supposed to do this for them.

The trip was made in good time. Happy to see them, the goods were delivered and an enriching visit was to be had. On the return trip home, I again heard the words from my man’s mouth: “I’m glad we did it, but its really going to cost us.”

An idea settled in…

It was while driving home that the idea crossed my mind: why not advertise for farmer’s old hens and unwanted roosters?We’d done it while living in the north and most people would let them go for cheap, sometimes free.

Upon arriving home, I posted a notice on our regional farming facebook page. I had just been gifted an All-American Pressure Canner and was eager to use it! If we could round up even 20 old hens, I knew I could supply us with some chew-able meat! 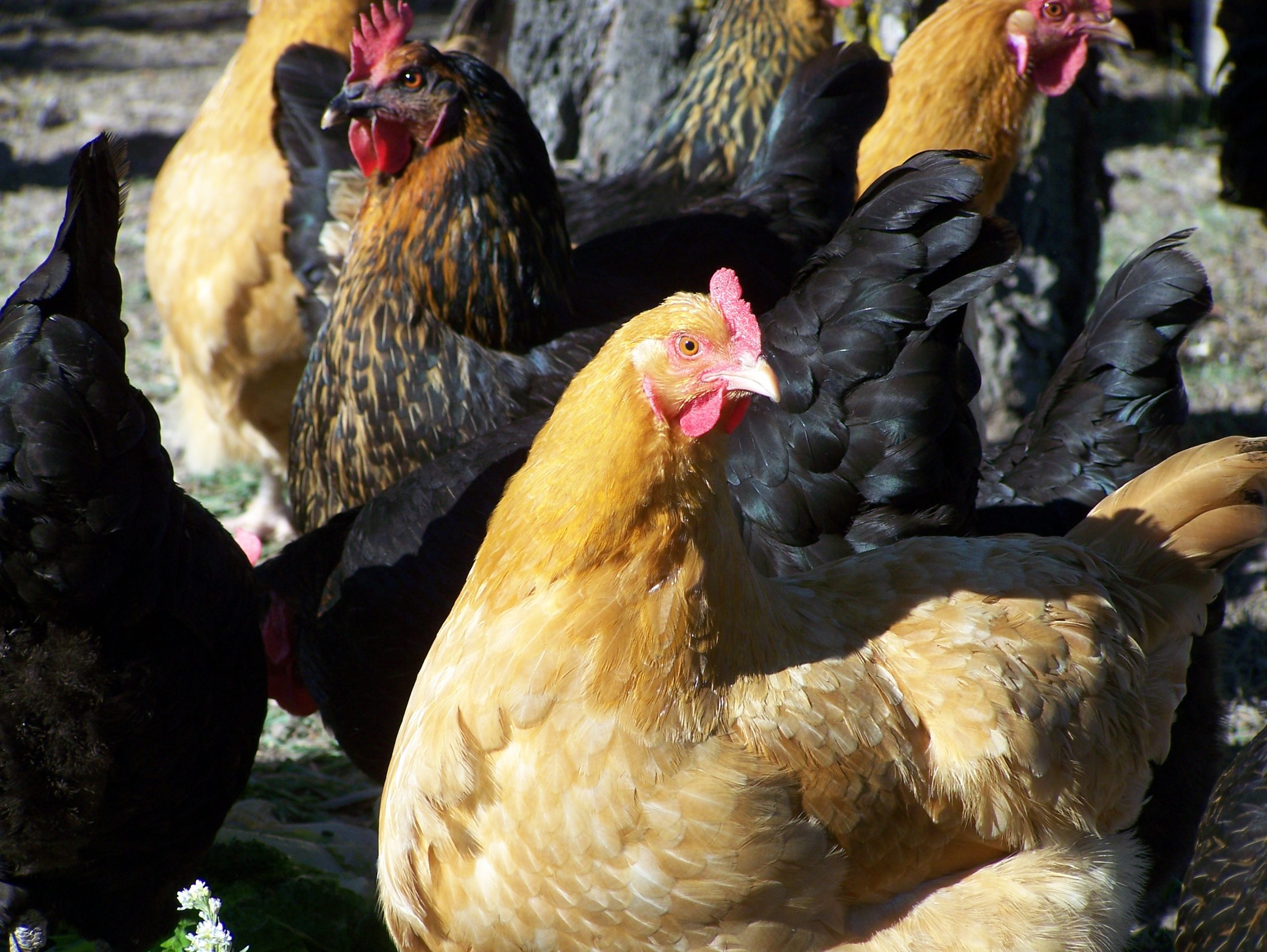 In the book of Proverbs, the writer tells us that a king’s heart is channeled by God. Let me quote it for you here:

“The king’s heart is like channels of water in the hand of the LORD; He (the LORD) turns it wherever He wishes” (Prov. 21:1). Italics my own.

After what we experienced, I’d claim it’s true not only of the king, but also of the local chicken keepers! The waters certainly were channeled toward us.

Suddenly, we had chickens coming at us from every direction! People from 2 1/2 hrs away would deliver them to us, free of charge or costs. According to them, they were just passing through and… “didn’t want the birds to go to waste….”

In 3 weeks time and at the cost of one $10 delivery, we had butchered fifty chickens. Fifty! Not the dare-I-hope-for-20 but fifty. Big ole’ five-zero! 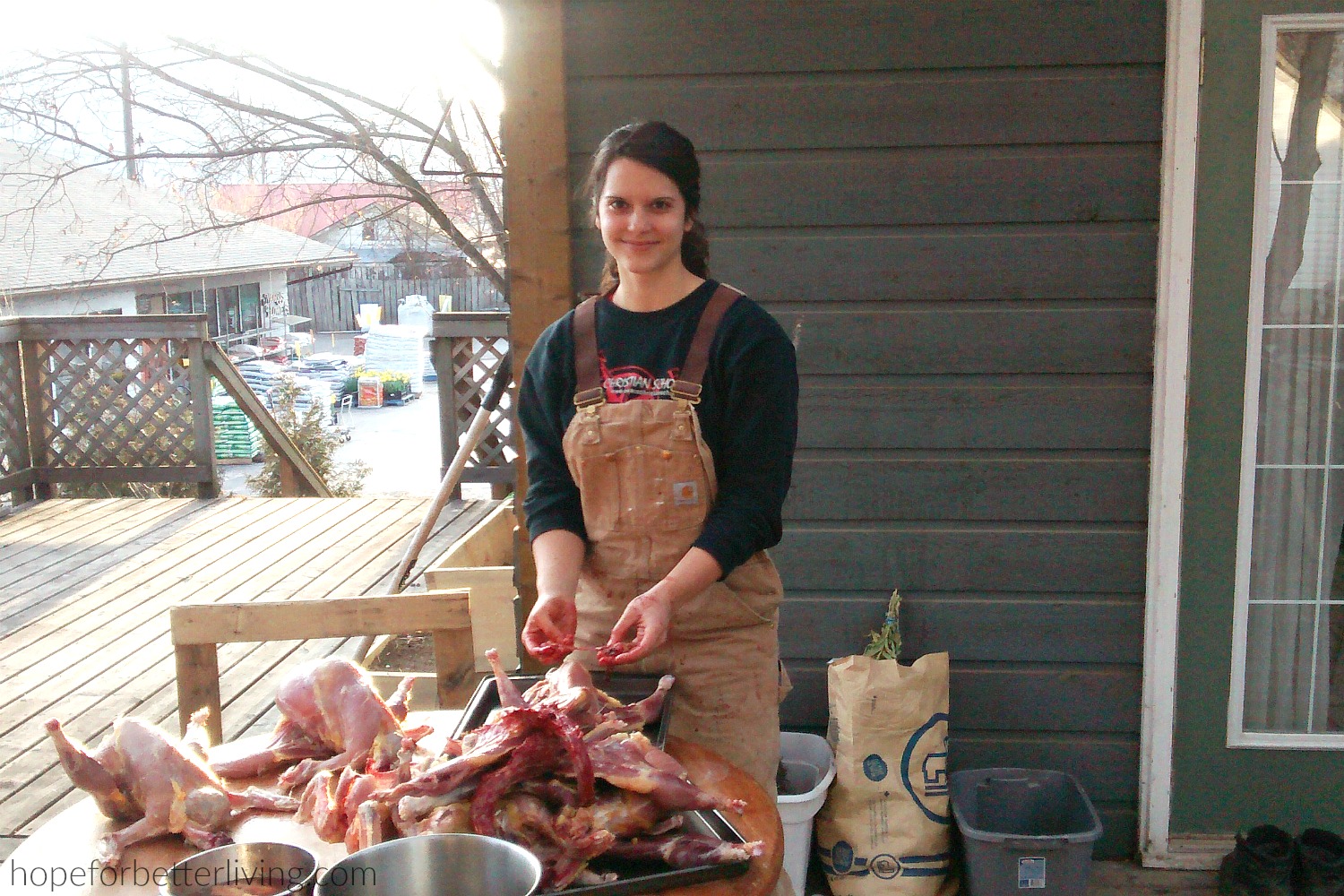 They weren’t perfect, varying in size, color, age and tenderness. It was work; lots of hard work. At the end of it, we had 40 quarts of pressure canned chicken and 10+ younger roo’s in the freezer.

We knew He had heard. God was watching out for our needs!

But it didn’t stop there!

While picking up a 4 large roosters from a local farmer, we received an invite. He had an old jersey milk cow that no longer “took.” Without the ability to conceive, she no longer fulfilled her intended purpose. He had put her down and the meat was hanging to age and tenderize. In the meantime, he was looking for help with butchering and processing the meat.

“If you two would be willing to come help, we’d be happy to exchange labor for a share in the meat.”

Upon arriving home, we could look into one other’s eyes once again, this time joyful, sobered and humbled. Without a shadow of doubt, God knew. Not only did He know, but He saw fit to pour out an over-abundance on us!

After helping butcher all day, we returned home with meat supplied to us. We were somewhere beyond humbled. We had risked and “looked out” for God’s interests. He had chosen to look out for ours.

We don’t give on the basis that God has to and will return what we have given. Sometimes He doesn’t.

Sometimes there’s something more important on His agenda. I believe there are times He wants to wean us from the old ways so we can learn His own. He knows how easily we are lulled to sleep, that most often our faith won’t be deepened until we have a need or feel a loss.

In this experience, we received a gift, even greater than that of meat and provision. We received something far more meaningful: the assurance that God knows, sees, hears and cares! And if we hadn’t let go of our self-sufficiency, we never would have experienced the gifts, met the people or saw His hand provide for us.